No handwritten Chinese menu taped to the wall was the first appealing visual of Shanghai House. The walls are devoid of Chinese menus plastered like a tree pole advertising the next garage sale. I am a soup dumpling fan and specifically traveled to San Gabriel Valley to try the world famous Din Tai Fung.

Sadly, #13 Shanghai House's Soup dumpling on 7x7 Magazine 100 Things to try before you die in San Francisco list is a miss in all aspect. The soup dumpling or xiao long bao (xlb) may be the worst I’ve had. The “soup” is missing and the “pork” flavor is missing. The dough did not have a good mouth feel like the springiness, tender or soft texture. The creases on the top of the dumpling was still raw which I don’t understand because we waited over 20 mins. 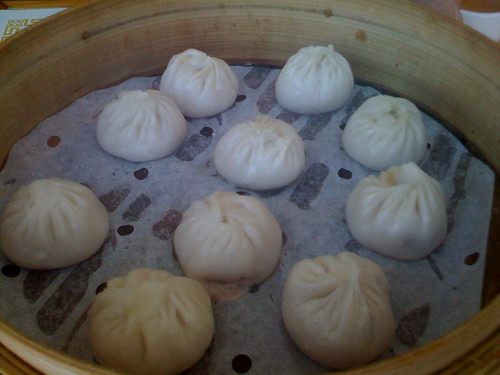 The pan fried dumplings were better than the xlb but not by much. Some restaurants like to use the dumpling dough and others like to use the “bao” dough (the same dough used in BBQ pork steamed buns.) I like both. Shanghai House uses the dumpling dough, pan fried to a nice brown color but lacked the crunch. The dish was at room temperature which didn’t help the flavor of the pork filling. 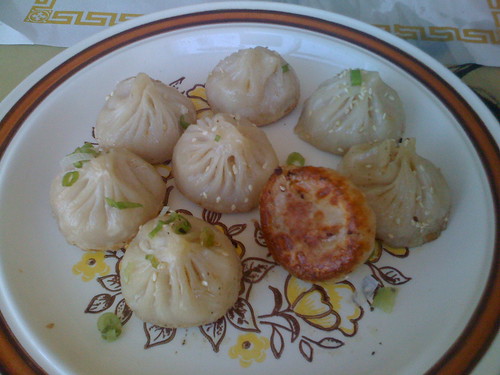 The spicy oil beef tendon was missing tendons with mostly slices of beef and behind the spicy oil was a hint of sitting-in-the-frig-for-a-few-days taste. Lastly came the Dan Dan hand-cut noodles with shrimp and chicken in a peanut sauce. Again, this dish is done differently in every restaurant, some with broth, hot, cold, different sauces and toppings. The noodles itself was slurpy -licious, cooked thoroughly without being mushy but the watery peanut sauce ruined the pretty noodles. The shrimp and chicken was chemically treated so it lacked any flavor, but this is common in most Asian restaurants. 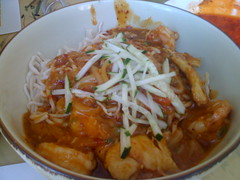 The service is extremely slow, I believe the husband is the cook and the wife helps out in front. The wife is absent-minded and looks partly confused sometimes. She is one tracked such as getting the teapot and then go back for the cups. I understand xlb takes a while to steam but Shanghai House is slower than usual.

The positives includes the cleanliness with a 100 point health inspection card. The walls looks freshly painted with no mirrors or tacky posters. I'm not an expert on xlb as the places I've eaten at in the Bay Area are Koi Palace, Sunny Shanghai, King of Dumpling and Shanghai Dumpling Shop (my favorite.)

the pan fried bao looks rather small....or was it the picture. You know my take on XLB at DTF, but the ones here looks pretty atrotious

I'll cross that one off my list! It's a shame about those noodles... usually it's the texture that suffers.

It might have been a off day but I asked around and the feedback is mixed. I'm off to Bund Shanghai next for xlb.

Photo of the Moment