The seduction of spreadable salami at Incanto

Incanto is famous for using animal internal parts aka offal or roasting whole "beast" such as a goat for larger gatherings. I've been intrigued for awhile but waited for the stars to align before I made my trip since Noe Valley is almost across town from me and...just waiting for a day when I was in the mood for animal...how do I say it...organs, innards, external features parts. 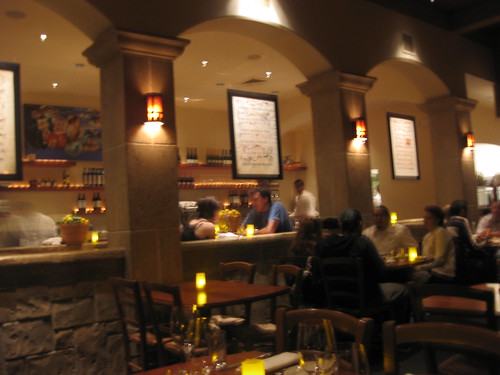 Once Anthony Bourdain's No reservations: San Francisco edition aired I made my trip to Incanto a few days later because it will become a destination restaurant from tourists to locals alike. The restaurant is located off the main strip of Church Street on a corner with wrapped around large windows giving it a very neighborly feel. We were kindly greeted by the case display of cured meats, connecting the relationship to their sister store Boccalone. We were also kindly greeted by the Maitre'D and the view of the action behind the semi-open kitchen. 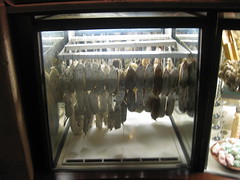 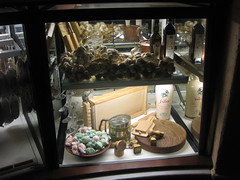 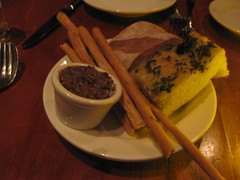 Our server was friendly, personable and spoke clearly and sweetly about the menu, it was obvious she was knowledgeable and actually enjoyed her work. Incanto serves a one liter complimentary filtered seltzer water, which it already greatly appreciated and when she brought out another complimentary liter I further appreciated how Incanto really takes good care of the customer. The bread selection included breadsticks, foccacia and crusty bread accompanied with olive tapenade, a delightful departure of the usual bread and butter or olive oil.


We started out with the $20 Antipasto platter (for two) of Boccalone artisan salumi, roasted garlic & marinated vegetables and when the plate arrived it took up half of our table's real estate. The plate included a good amount of sourness to counteract the salty cured meats: sweet peppers, onions, roasted whole garlic bulb,and artichokes. The server who presented the plate described the selection in hyper speed and I did not catch all of the cured meats name. I do know there was mortadello with pistachio, salami, prosciutto and the spreadable salami featured on Bourdain's show. 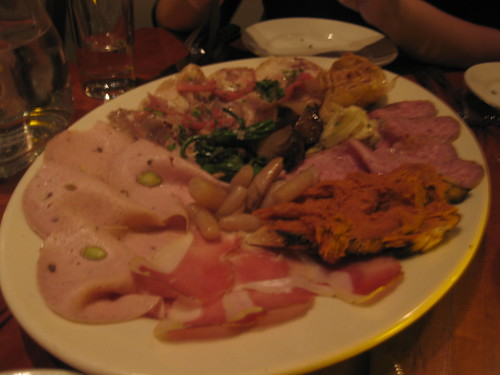 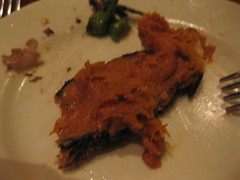 The spreadable salami is very rich and mushy, it needed the crusty bread and pickled onions to give it more texture, it had the essence of dried salami slices but the portion was more bountiful in each bite.

My main dish was the $16 Mint Pappardella pasta with beef brasato, a slight variation with the mint blended into the pasta. I took a bite with bits of broken down slow cooked beef and it had a mint after effect that hits the nostril, a small surprise at first then a "MMmmm" I like how it continues the flavor after the bite. I was also surprised at the amount of beef on my dish as it was plentiful than others similar dishes I've eaten and I'm not complaining! 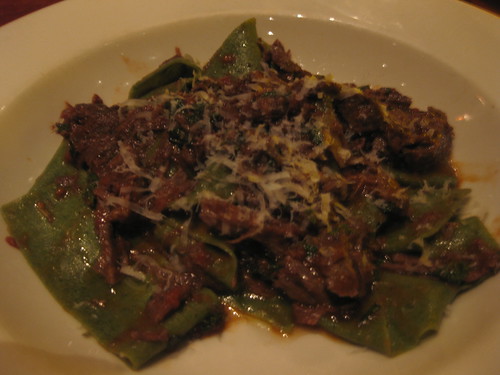 The chef is not shy at Incanto as the $16 Handkerchief pasta with pork ragu had a hearty portion of the melt in your mouth topping. The pasta was not as translucent as I would like and both pasta dishes were slightly under seasoned, but I assume a heavier amount of freshly grated Parmesan would have helped (I shouldn't have said "when" so soon to my cheese grater server.) 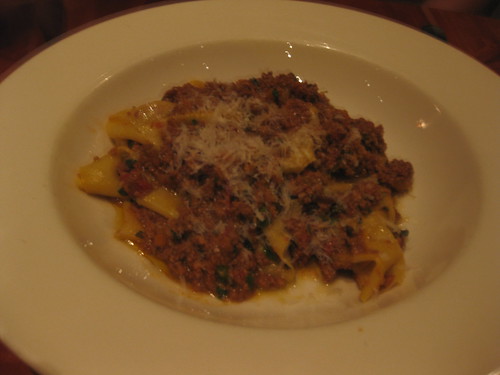 As we glanced over the dessert menu the $8 "prosciutto panna cotta" immediately popped out like hands waving in the air eagerly waiting to be called on to answer a question. Our server enthusiastically explained about the procedure, she said the pork bone is soaked in cream for flavor and then used to make the panna cotta. We both jumped at the dessert since we are fans of savory sweet desserts. Our server also told us the owner of Mitchell's Ice Cream loved the dessert so much he is now in process of making prosciutto ice cream using Incanto's pork bones. I wonder if it will actually happen because Humphry Slocombe already makes a Baccolone prosciutto ice cream. 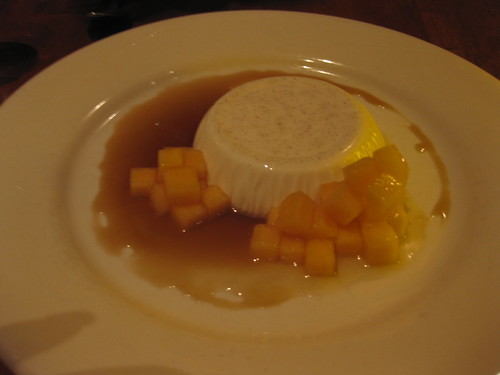 I came to Incanto to knock another bird with one stone because #66 Pig Parts is on The Big 100 Eats List but there was no trotter or any of the exotic parts of animals on the menu that night. However, I think the pork bone in the panna cotta is considered a pig's part. The panna cotta is plated with maple syrup and diced melons was a complementary combination. The panna cotta had a richness, almost to a point of oiliness, the prosciutto flavor is very faint. If I was not told about the dessert's ingredient, a sinfully first lick of my spoon would make me wonder, "Hmmmm, what is that?" I really enjoyed the dessert and hope to taste Mitchell's version of the prosciutto ice cream. I've had Humphrey's Boccalone Prosciutto ice cream and loved it, the flavor was much more pronounced like punch-you-in-the-face pronounced.

Incanto serves a "theme night" $30 3 course prix fixe on Sundays and Mondays, check the website for the changing menu.

oh that looks like a delicious feast, especially that antipasto platter... I love olive tapenade too.