Jai Yun is becoming one of my favorite places for Chinese food, along with Koi Palace and 8 Immortals. I've had my share of sloppy greasy tasteless MSG-laden and chemically treated shrimp and if I choose to eat Chinese it would be 8 immortals (90% of the time) or Koi Palace (10% of the time.) 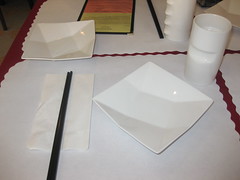 Chef Nei's rules are simple albeit unconventionally - no menu, dinner is reservations only, prix fixe ranges from $55-$150, then sit back and enjoy being treated like a emperor would in his time. Chef Nei's lunch options does not require reservations and with a 9/18/25/35 dollar choices it is a much more affordable way to feel like an emperor. His reason for a "no menu" selection is because he prepares dishes based on the freshest ingredients of the day.

I've been to Jai Yun and had the $18 prix fixe twice. I was blown away the first time by the simple and clean flavors, the chef's knife skills, thriving ingredients and the amount of dishes continuously arriving to the table. I felt like a queen - pampered by small plates of cold to hot appetizers to meaty to noodles dishes, all for only $18.

We began with six cold appetizers, instead of going through each dish and repeating myself. Each dish had clean flavors where I was able to close my eyes, pick the food with my chopsticks and distinguish each individual flavor. I noticed the knife skills in the translucent slices of cucumber, beef slices and chinese broccoli steams. 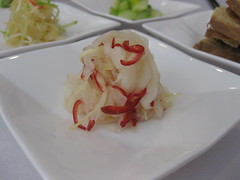 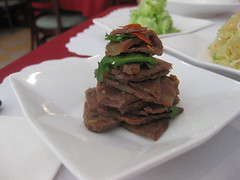 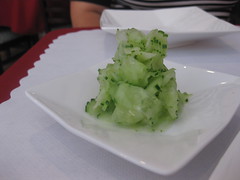 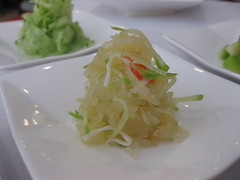 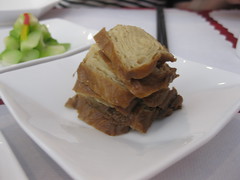 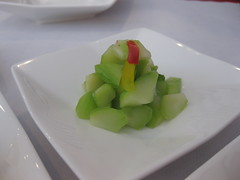 We had seven hot dishes with his signature egg young abalone. The dish was surprising tender, thinly sliced and the egg white coated the abalone giving a smooth silky texture. I was also surprised to have a luxury dish for $18/person. One of my favorite dishes of the meal. 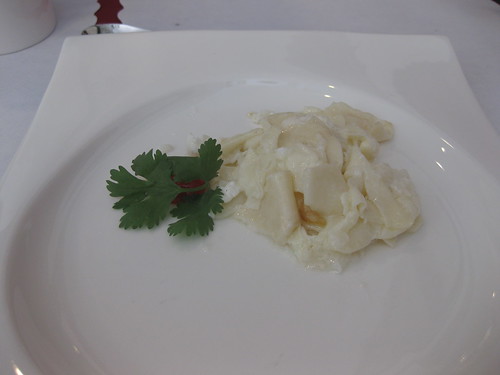 The rest of the six dishes were delicious with very distinctive flavors. The orange peel beef is different with a prune-ish orange peel fragrant. The tofu skin with edamane was light, silky from the tofu but substantial from the beans. The fat flat clear noodles with bacon had great texture, smokey crispiness from the pork belly and a slithering bouncy bite from the noodles. 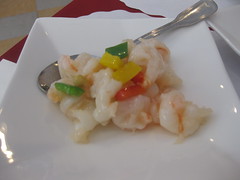 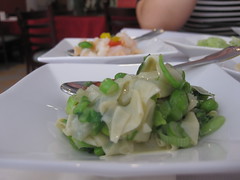 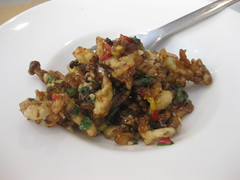 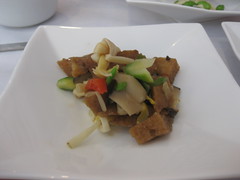 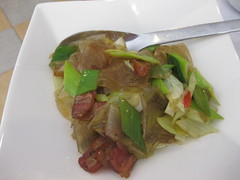 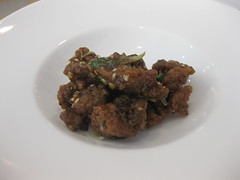 We arrived later this time around 1pm and Chef Nei was just finishing serving a table who seem to be his friends. We started with six cold appetizers again and I was happy to see something different. The house smoked fish was flaky and had a good sugary crust. 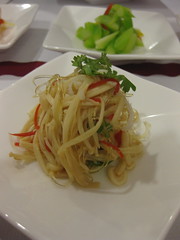 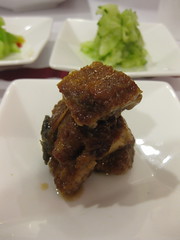 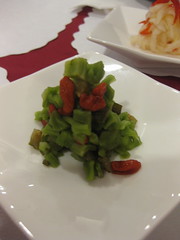 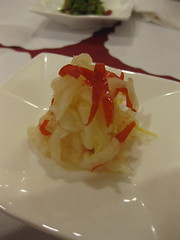 This time we were only graced with four hot dishes, again with egg young abalone and the wheat gluten with hand tie bamboos.

One of the new dish is #65 on The Big Eats 100 List Spicy Eggplant. I was hoping to eat this dish and it was beautiful. The eggplants were charred on the edges but cooked throughly giving it a velvety hot meaty inside and a nice spice. I could see each individual eggplant piece unlike the usual pile of mush. I respect Chef Nei's skill because eggplant is one of the hardest vegetables to cook since it's adsorbs everything and can go from firm to mush quickly. 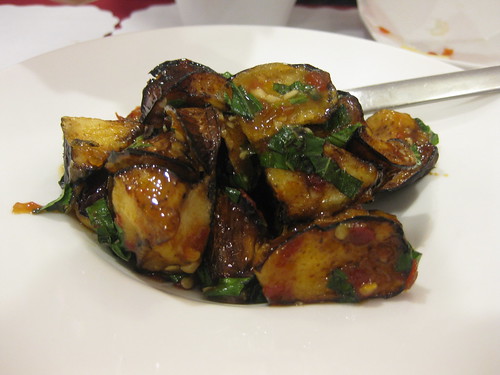 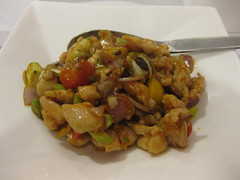 The server asked if we like spicy before bringing out the Kung Pao chicken, the dish was average compared to the others. The server brought a bowl of rice for each person and was quick to refill my tea cup (3-4 times.) 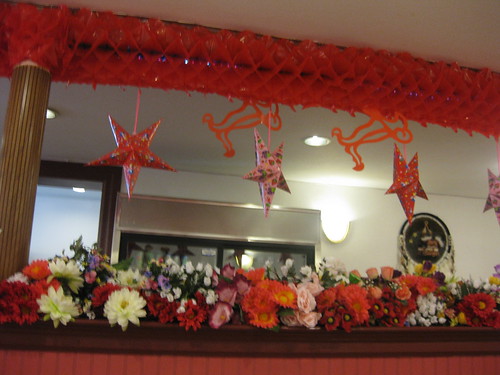 The decor is very cheesy with a lot of plastic flowers, hanging ornaments and a 6-8 feet paper dragon. I am interested in what the $25 lunch menu entails and will be back to find out.

Wow, that really seems like a bargain for an $18 lunch! I'll have to go and check that out... my one $9 lunch was good, but for double the price you were served so many more courses!