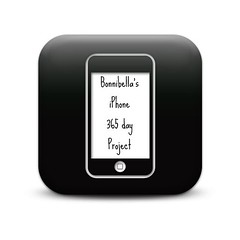 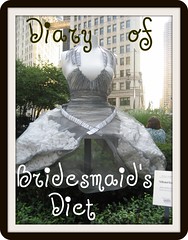 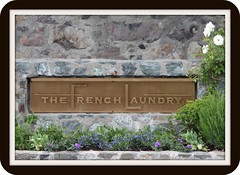 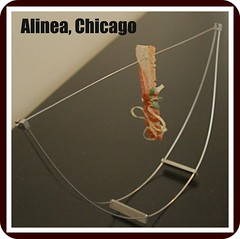 I had the last flight out of all the girls from the Bachelorette party. I hung out with my cousin, Lily who just moved to Las Vegas for school. She moved about 3 months ago and is still exploring the food scene and made her way through a few Pho joints. Lily wanted to dine at Pho Village, a new Vietnamese restaurant located in Chinatown. The restaurant is located in the Greenland's Supermarket Plaza with a large "Grand Opening" banner, marked with 10% off.

The restaurant is shiny new, clean with comfortable booths. The menu is extensive with rice noodles, rice plates, noodle soups and sweet drinks. I found it interesting the menu was in English, Vietnamese and Korean.* An ode to the large Korean population in Las Vegas. 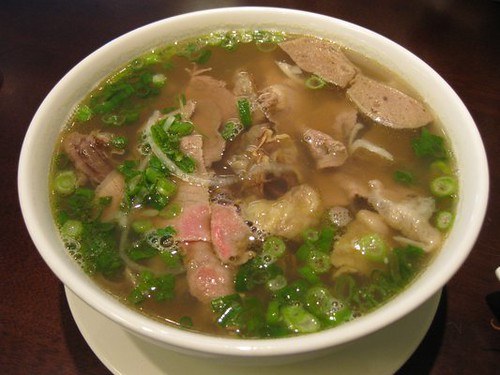 I ordered the Pho combo, the server asked if I wanted small or large and I opted for the latter. The large size is a small size back in San Jose, CA. The broth was a tad too sweet and salty without much depth, I needed a few pieces of lime to brighten up the flavor. 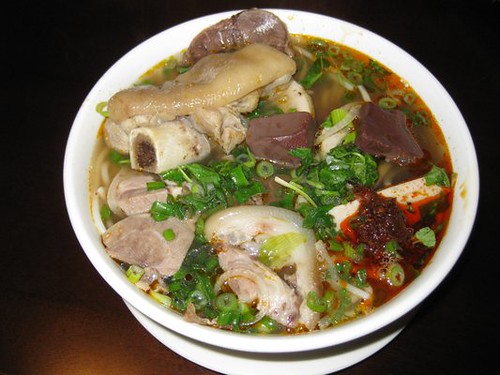 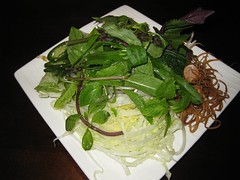 The unique aspect of Pho Village is the condiment platter, there was the usual - perilla, mint, basil, bean sprouts, jalapenos, and lime. They also served chiffonade banana leaves (the brown strips in the photo) which has no taste but for texture. The texture feels like it looks - soaked leaves.

The service was friendly and quick, the price was reasonable for Las Vegas about $7-8 for a dish. I paid $14 including the 10% discount, tax and 18% tip for a bowl of pho and a fresh coconut drink.

* Similarly, a lot of the Vietnamese restaurant in San Jose, CA has the menu translated in English, Vietnamese and Spanish; due to the large Mexican population.


We bumped into your blog and we really liked it - great recipes YUM YUM.
We would like to add it to the Petitchef.com.

We would be delighted if you could add your blog to Petitchef so that our users can, as us,
enjoy your recipes.

Petitchef is a french based Cooking recipes Portal. Several hundred Blogs are already members
and benefit from their exposure on Petitchef.com.

To add your site to the Petitchef family you can use http://en.petitchef.com/?obj=front&action=site_ajout_form or just go to Petitchef.com and click on "Add your site"