A Break from Slots to Eat at Oyster Bar, Palace Station, Las Vegas

After staring at the flashing lights, sounds of electronic spinning wheels, dizziness of 7's, triple 7's and 3D 7's my stomach was aching for a break from slots. My stomach wanted food.

The Oyster bar at Palace Station Casino is highly praised by bloggers. I hear waits are long during peak dining hours. The bar seats only 18 patrons and when a pan roast is sizzling in the open air, gamblers automatically float to the waffling steam.

The server immediately greeted us with warm bread. The butter is very pliable, nothing better than using the foil as a utensil and directly slathering it on my bread. Word of advice, don't fill up on the bread too early, use it as a mop to sop up the sauce (almost sounds like a Dr. Seuss rhyme eh?) 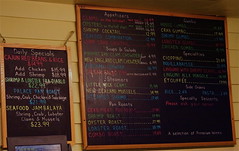 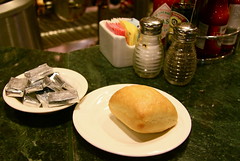 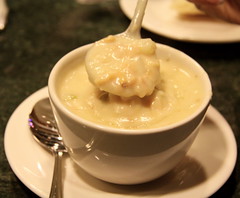 The $4.99 cup of New England Clam Chowder had visible bits of clams and potatoes but very very very thick. The consistency of the soup base was heavily thicken with flour as the remnants of grittiness was felt while licking the spoon.

The $16.99 dozen of fresh oysters on the half shell were bland. The oysters were indeed fresh but there was no taste - it was like chewing on water, no saltiness, oceany ting, sweetness - even the cocktail sauce tasted watered down by the oysters. 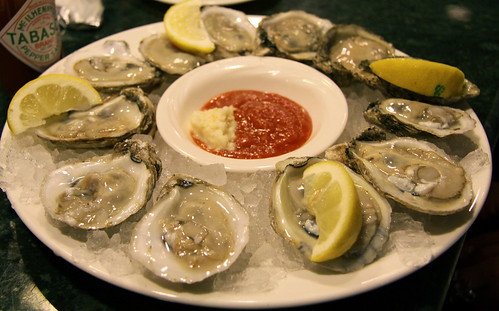 We sought to share the $19.49 Combo Pan Roast and added sausage ($3 addition charge.) The size of the bowls are huge, it is a soup bowl big enough for 6 cups.

The pan roast is a tomato cream base thicken with flour, red pepper flakes are added for a requested spicy level of 1-10. The pan roast and gumbo comes in a varieties of toppings and cooked to order. 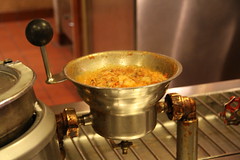 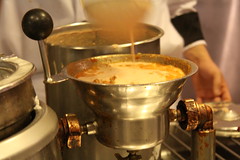 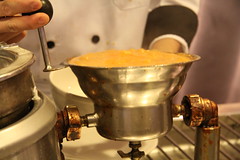 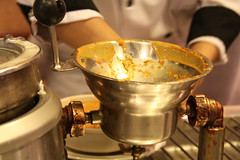 The combo pan roast comes with lobster, shrimp and crab, and served with rice. Again, the pattern at Oyster Bar is the heavy hand on flour. The pan roast is very thick; the richness and creaminess is ever so slightly cut by the tang of tomatoes. 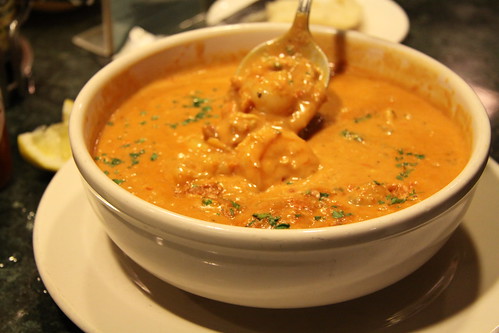 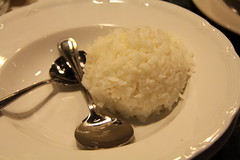 
The service was efficient and friendly. It was fun to watch the food cooked to order and how quickly the Cook moves. I would return if I was gambling at Palace Station Casino and hunger pangs strikes. However, I would only opt for the pan roast with crab and sausage.

I've never heard of a pan roast. Now I know what it is :)

The Pan Roast always eludes me, I gotta give it a try next time!