Happy 30th Birthday to Oz! He was a child of the 80s, his taste in music and movies are stuck in the era. Luckily, his fashion sense doesn't include the Hammer pants and mullet. We often scowl at the new generation of Saturday morning cartoons. We debate about our childhood favorites - Transformers, He-Man, Alvin and Chipmunks, and G.I. Joe. Oz actually owns all the original Transformer toys tucked away in his parent's attic.

I am serious when I say he is stuck in the 80s movies and music. I am frequently held hostage to re-watch Porky's, One Crazy Summer, Teen Wolf, The Goonies, Back to the Future and list goes on...

For his 30th Birthday I decided to throw a party dedicated to his childhood favorite foods. Invited were his friends who also shared the same passion for the 1980s.


Menu:
Remember the Toastie Maker? The sandwich toaster was wildly popular in the 80s, easy and convenient for an after school snack. 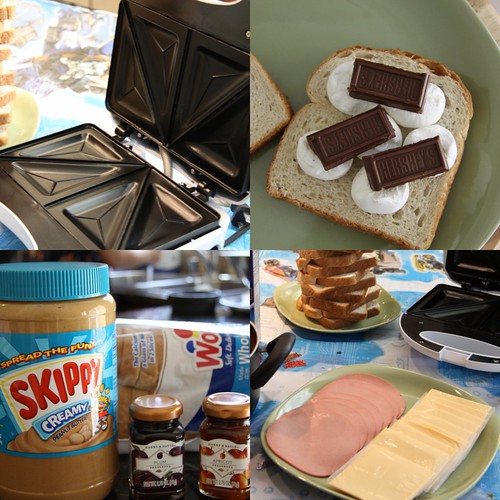 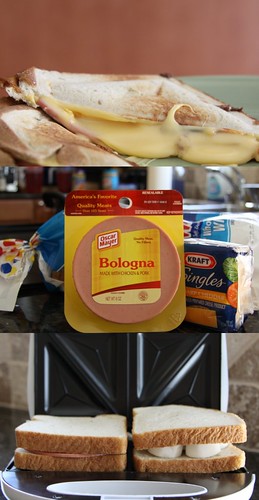 Bagel Bites - invented in 1985 they were super popular. Oz recalls eating dozens of the bagel bites at his friend's house after practice. 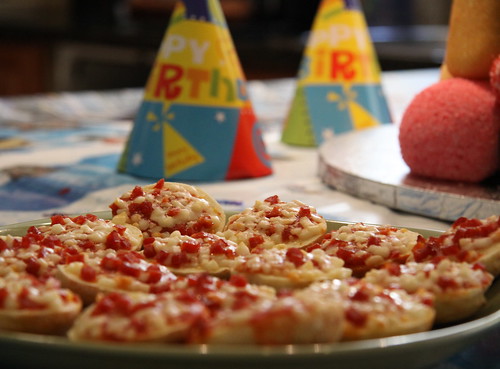 Kraft's Mac and Cheese - The blue box is a staple for all generation. Oz said it was the first dish he cooked by himself...in the microwave. 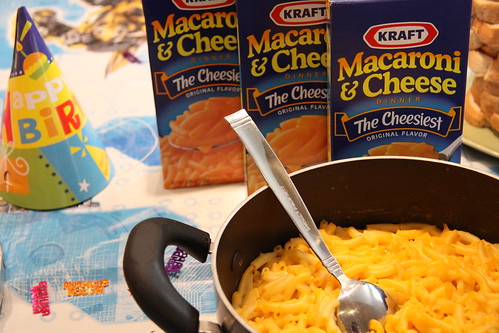 Drinks:
Kool Aid Cherry and Tropical Punch (now in 2010, we spiked the drinks) 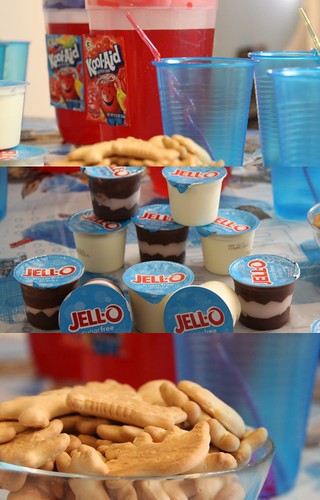 Birthday Cake
I wanted to do a fun cake and Oz loved Twinkles as a child. He thought it was rad that "only cockroaches and twinkles would survive a Nuclear War." I used an Angel cake as a base; toothpicks and frosting to adhere the Hostess snacks. 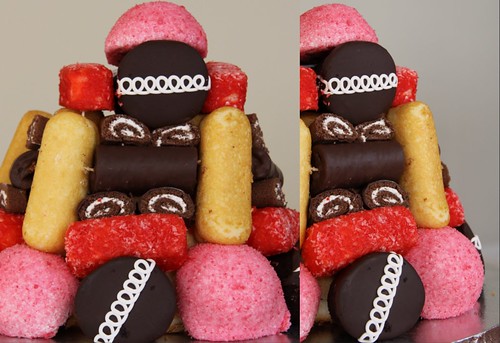 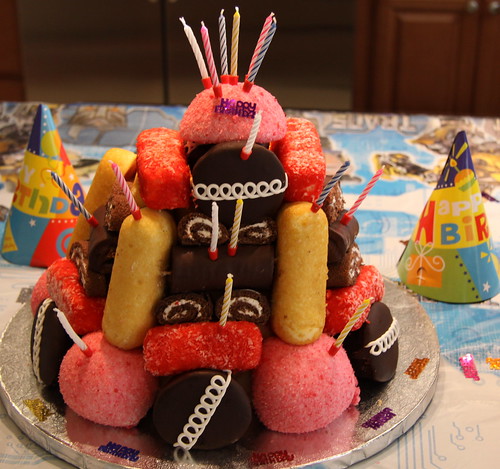 Entertainment:
I played the movie "Vision Quest" since Oz was a Wrestler in High School and he said he "related" to the movie (whatever that means.) I also like the movie, Madonna sings one of my favorite song "Crazy for You."

We played Michael Jackson's Thriller Album. I played some New Kids on the Block to torture Oz, I was singing along. LOUDLY.

Party Favors:
What was left of the party favors after Oz's friends grabbed their favorite old time candy bars. 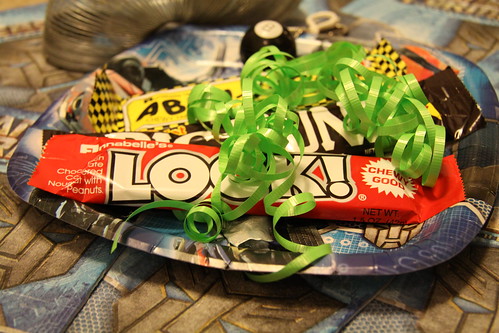 What was your favorite childhood food?


Would you mind checking out my blog? :D
http://ajscookingsecrets.blogspot.com/

oh dang, that really takes me back... I lived in L.A. in the 80's, my hair was so very big! What a great way to celebrate a big birthday, I really love the idea of that cake - all my favorites!

Oh my god, that cake is awesome.