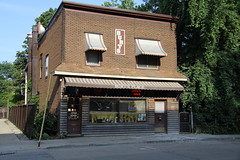 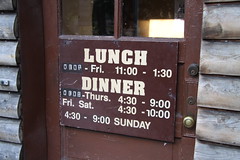 Here's some advice - Pre-order at Burt's. It is as simple as that. We saw over a dozen people turned away. The kitchen has an X amount of oven space and they may run of dough. Regular customers, or people like us who researched the LTH forums before dining called ahead of time. Burt's is worth putting your procrastinating self in the corner momentarily. 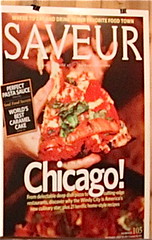 Burt and Sharon are a husband and wife team, it is as simple as that. Burt is in the kitchen and Sharon is the front of the house. Sharon answers the phone, takes down orders, greets customers, personally serves the pizza (slice by slice) and even has a moment to chit chat.


We ordered a day ahead for 4:30 pm, when they open for dinner. Our plane landed at 2 pm and our first meal was at Burt's. We ordered a large with sausage, spinach, mushroom and onions. A remarkable combination I must say. 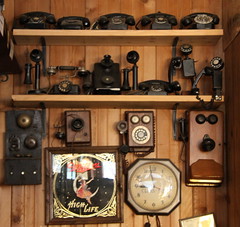 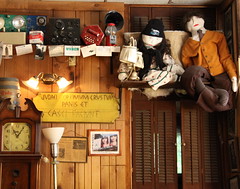 Burt Katz is no stranger to pizza, previously, he opened four pizza restaurants which he sold, including Pequod's where we also dined. Burt is known for his caramelized crust, padding the crust with cheese before baking in the oven. Burt is also very secertive about where he buys his ingredients. Burt does disclose that he shops everyday for the freshest ingredients and his sausage supplier is top notch.


Seriously, don't miss the sausage.
At 4:30pm on the dot we arrived at Burt's and was warmly greeted by Sharon. She was already bringing out boxes of pre-order to-go pizzas. Sharon immediately brought out the pizza and plated our meal. 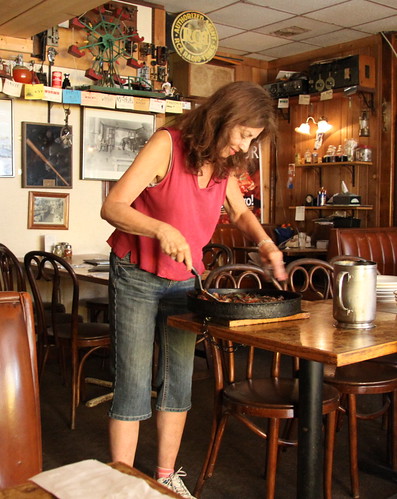 The pizza is lighter and thinner with ample topping but not layered like a casserole. Whereas, Pequod's pizza was a thick tower of toppings, almost impossible to eat without a knife and fork. Burt's was fluffier with the signature caramelized crust. There was a thin layer of cheese, highlighting the ingredients in a "simple is better" kind of way. 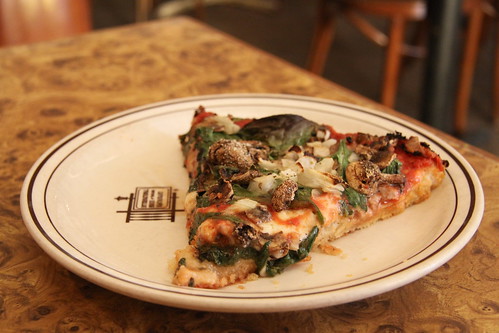 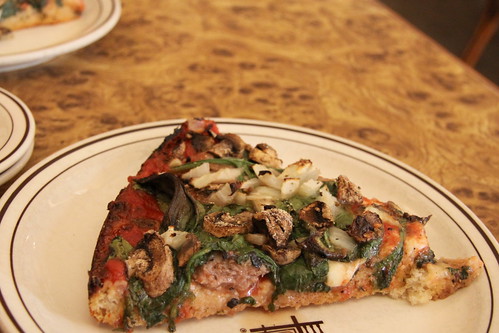 I ate 2 and half slices and Sharon was still rooting for us to finish the pizza.

The stand alone restaurant is filled with the Katz's collection of ham radios, telephones, clocks and even an old radiator. The decor is a reflection of their personalities, a bit kitschy, a bit eccentric and a devotee of making fine deep dish pizza.

Sharon checked on us regularly, refilling our plate with new slices, and chatted with us in her pocket of free time. She told us people from all of the world have experienced their pizza, and encouraged us to sign the guest book.

Our tummies stuffed with pizza and Sharon bidding us farewell I left my John Hancock on their guestbook. I leaf through the book and saw customers as far as Japan leave a sentimental yearbook message. 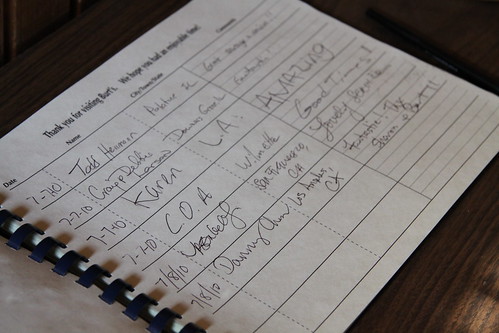 I overheard a diner say to the server, "My in-laws asked me for the best Chicago deep dish pizza and I bought them here." 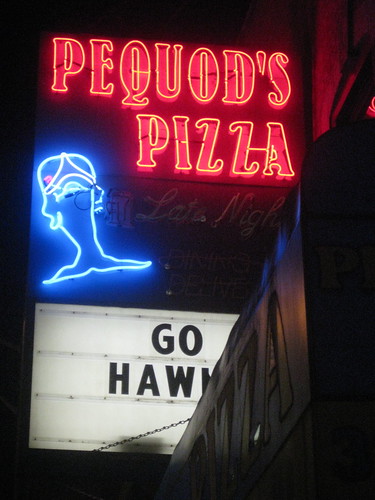 Pequod's was started in 1971 by Burt Katz, currently owner of Burt's Place, he sold the business in 1986. Burt is known for his caramelized crust and when sold, Pequod's continued the recipe and I can't be more pleased. We visited the Lincoln Park location around 8pm and it was packed. We were greeted very friendly by the host, who was wearing a headset. Pequod's seems to be a highly efficient run business with two operator dedicated solely to phone orders.

The host quoted a 15 min wait and advised us to pre-order since a pizza takes about 45 mins to bake. We ordered a medium pizza with spinach, pepperoni, mushroom, and onions.

The restaurant is laid out like a sports bar, TVs displaying the current game of the night in every corner. There was a full bar on both level occupying at least a quarter of the floor space. Majority of the servers were teenagers, running around in lightning speed, thundering stacks of plates and whipping by with drink refills. A highly energetic atmosphere. 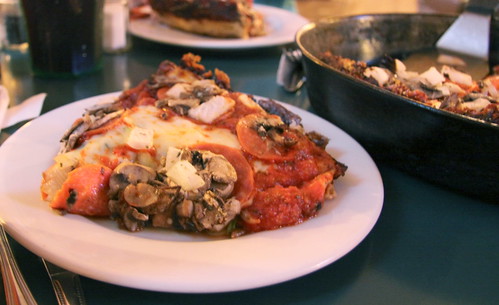 The pizza arrived pipping hot and our server cut us the first piece. The plethora of cheese oozing in every direction. The pie was very thick, at least an inch with distinctive layers of toppings. Every bite was chock full of ingredients and warm cheese.

The caramelized crust was definitely "blackened" but in no way burnt tasting. The top rim of the crust has a web of baked cheese like a Parmesan crisp, it was divine but filling. I could only eat one slice before waving my white flag.

I have Gino's East and Art of Pizza on the list, any other suggestions?

P.S. Little Star in San Francisco would fare very well in the city of Chicago. Unique with the cornmeal crust which adds a superior amount of flavor and crunch.

Chicago knows what it's doing!!!! But of course you need to love crust to love Chi-town pizza. This whole caramelized crust thing is probably the best idea ever.

I was just talking to a Chicago foodie about his favorite pizza and he named Burt's.