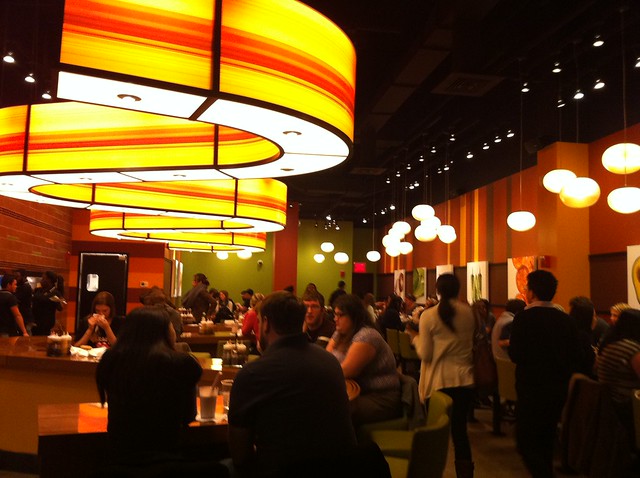 My friend, LL was gracious to host us during our stay in Philadelphia. She drove us around town to sight see and even a two an half hour ride to Woodbury Outlet in New York. Her husband is a rocket scientist and works at a University in Philadelphia. 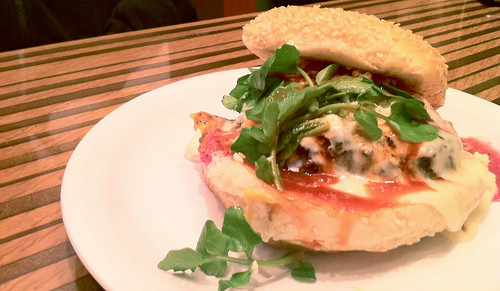 Buffalo Style Burger
In fact, when LL and Rocket Scientist found out about my blog they were racking their brains to bring me to the best places in Philadelphia. Bless their hearts when they suggested Bobby's Burger Bar. Before we arrived to the restaurant, they said, "it's the guy from the TV show on the food channel" and "you know the guy that cooks....that guy." I have to love them. 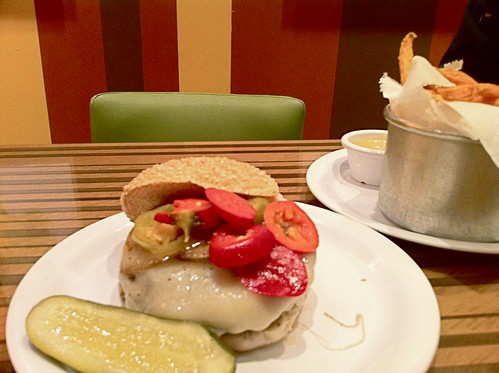 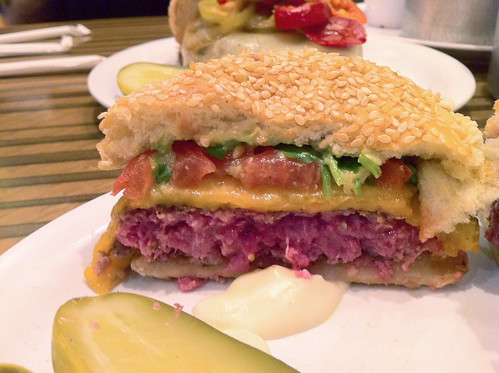 Philadelphia Burger
Bobby Flay's joint is filled to the brim with college students. The menu's motto is 'crunchified' where potato chips may be added to any burger for no additional charge. 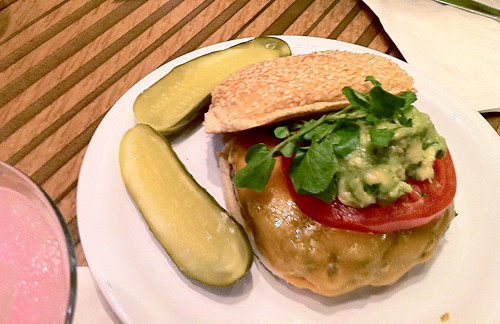 L.A. Burger
The menu features burger combinations with cities which associate the region's ingredients like avocado for California. 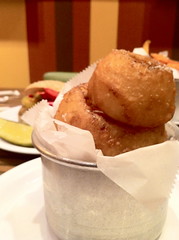 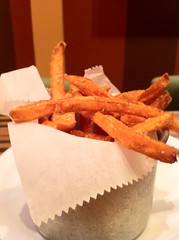 The ingredients were fresh but I can't say it worked well together. The burgers suffered the "simple is more" concept, the severe toppings masked the beefy taste. The meat was very soft as it was broke apart after one bite. The "softness" of the meat did not register as juicy or tender but bland without texture. 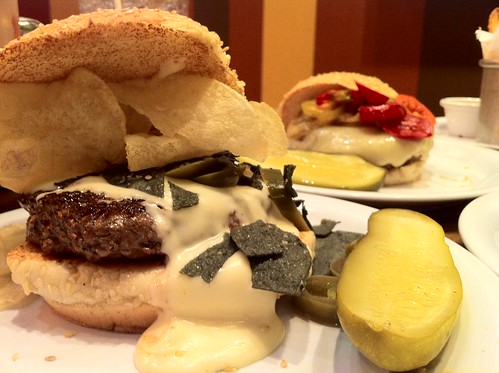 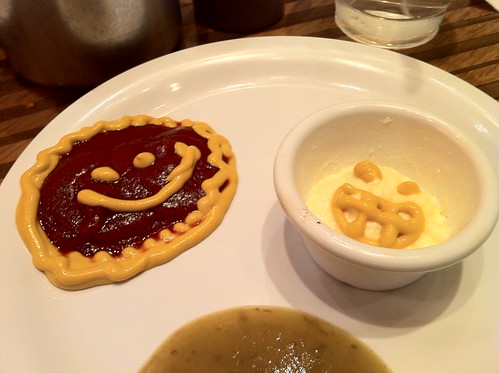 Because we are in a college neighborhood it also means there are coffee shops within stone's throw. Two doors down was Capogiro gelato and cafe. I was stoked, I've heard so much about Capogiro and our gelato scooper let me try every single flavor before I settled on Melon and Pistachio. The flavors were crisp like the air, clean with the flavors humming - lingering on my taste buds. 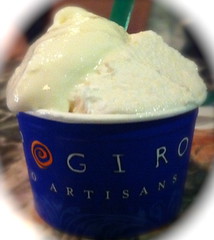 I asked my gelato scooper what sets Capogiro gelato from others and he said they use Amish milk from Lancaster. Capogiro gelato makes my list of "best thing I ever ate".

We visited the Benjamin Franklin Institute for the 'Cleopatra' exhibit before arriving to Bobby's famish. I say it was a very productive day - culinary and culturally. 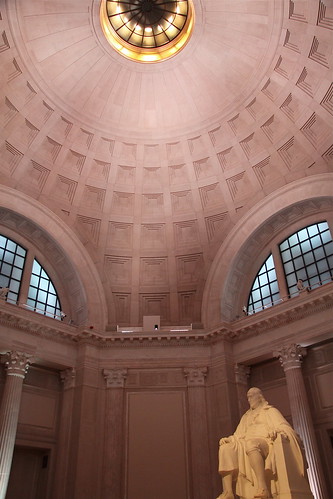 Does he need an introduction? 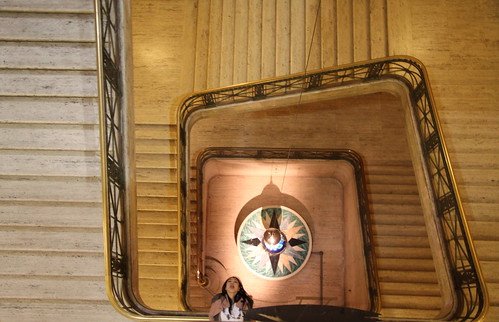 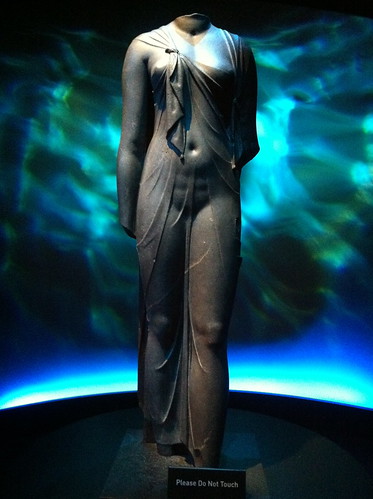 Cleopatra headless because they don't know how she really looks

They drew faces with mustard? So cute.

Burgers are so played out. How many donkeys can jump on the burger bandwagon?

The antidote is the roast pork from Dinic, probably the best sandwich in Philly.

Woah those burgers are impressive. More impressive though - you have a friend who is a rocket scientist? seriously? I need one of those in my friendship circle for bragging rights.

Hmmm! Burger is one of my favorite things ever..
Thanks for posting,

I know this is old but I found you on Foodgawker and had to squee over Capogiro's! I'm a Philly native who lives only a few blocks away from the Capogiro's on 40th and Walnut, same one you went to.
Here's the crazy thing about gelato in Philly: ask a random person off the street what gelato is and they will tell you it's water ice (Philly for Italian ice) layered with soft serve ice cream as served by Rita's water ice. I've been doing my best to educate my friends and Capogiro's is doing a whole lot of good to that cause!
And you didn't show the gigantic heart at the Franklin Institute! That thing is an ESSENTIAL part of my childhood.

@Zoe thanks for the comment, I wish their was a Capogiro distributor close to my home! I'm hoping to return to Philly soon and indulge in more Capogiro's gelato.

ahhh, I missed the heart at the Franklin Insitute. I must remedy it next time.