The Beauty of Montreux, Switzerland and Dinner at Majestic 45 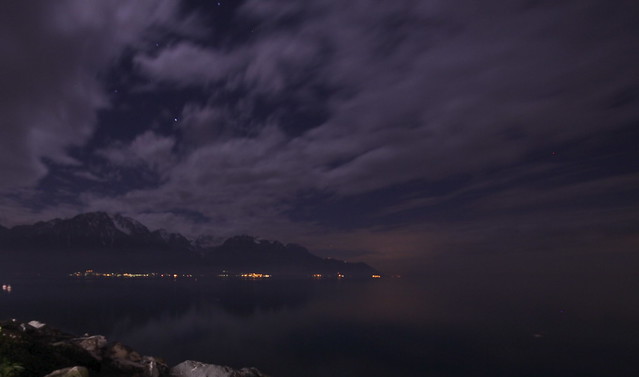 I did not know much about Montreux, Switzerland before I arrived. I read a little about the town but was fully informed by the travel guide who hosted the one hour shuttle bus ride into the town of Montreux from the Geneva airport. 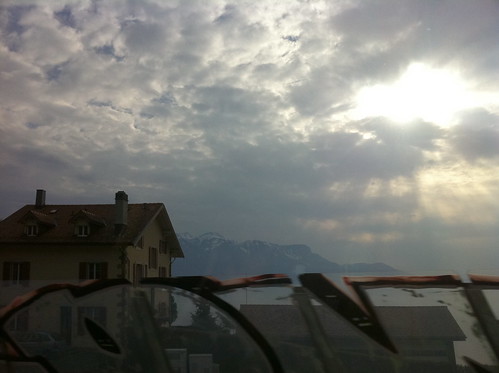 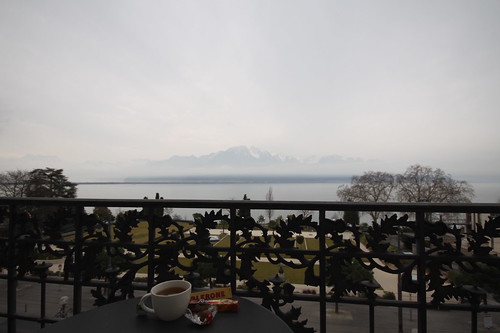 View of the Swiss Alps from Hotel 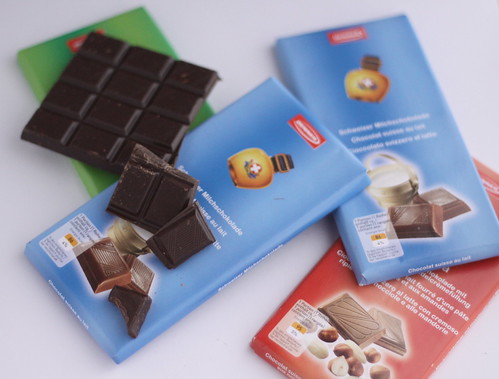 Supermarket Denner Chocolates, under 1 euro
Montreux turns out to be one of the most expensive zip codes in the world with an even more famous yearly jazz festival. (Sting is headlining the 2011 Jazz Festival.) The city has been graced by some of the biggest names in jazz, blues and rock. Most notably is Queen's tie with the city, they owned a recording studio and Freddie Mercury's 'A Winter's Tale' is inspired by Lake Geneva. There is a tribute Freddie Mercury statue by the river walk.


Speaking of the river front, Montreux boosts one of the most spectacular river view with the Alps in the background. The water is so close to the sidewalk it almost feels like one is walking on the water. 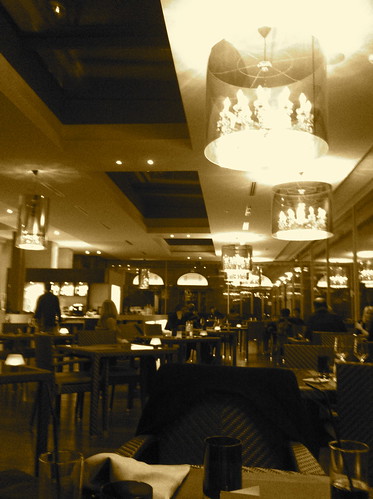 A very fun fact is the next town over is Vevey where Charlie Chaplin settled down during the McCarthy era. His home will be turned into a museum in 2012, I will definitely make a stop if I am ever close. I studied his work for a fun movie class I took in college and it sparked my interest in silent films. I own all of his movies and read a few of his biographies. A very interesting man. 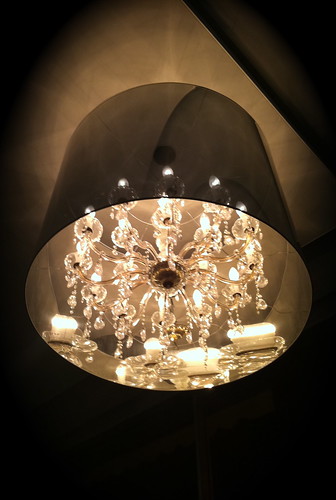 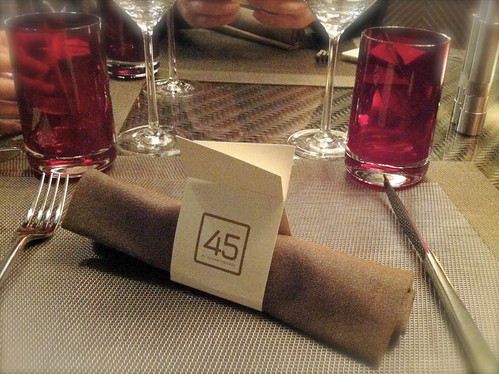 Montreux is one of most beautiful and relaxing places I've ever visit and it was during the cool month of February! I was greeted by the gorgeous Alps view every morning, surrounded by watches, chocolate and banks. The people were friendly and Cuban cigars were available (if one desired to smoke one.) 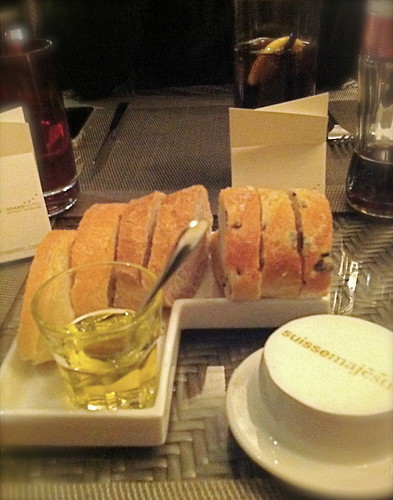 We asked the concierge which restaurant had a view, good food and a nice atmosphere. He told us Majestic 45 located in the Grand Hotel Suisse. We were greeted warmly by one of the server and promptly seated. The restaurant is completely encased in floor to ceiling windows to enhance the view of Lake Geneva and the Alps. Our server said during summer, there are many weddings because the windows open up to a patio. 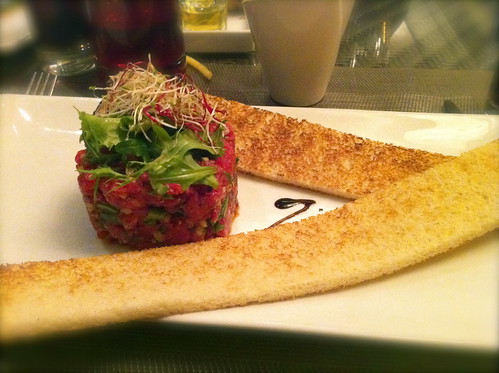 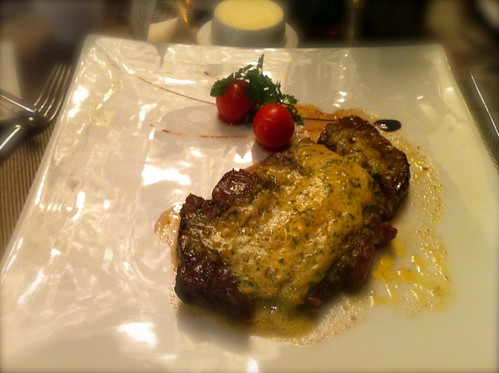 Juicy and Tender Steak with Bearnaise Sauce
I ordered the house signature, the beef tartare served with toast and fries. The beef tartare is one of the best I've had and I was still thinking about it the next day. The meat was finely chopped into tiny cubes so it retained the texture unlike the usual moshed ground beef. The best part was also the finely cubed Gruyere cheese in the dish, which is fitting since the City of Gruyere is about an one an hour away. The beef was fresh and firm. 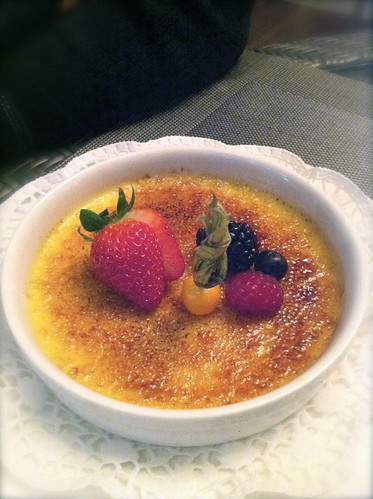 There's a baby tomato in my Creme Brulee! 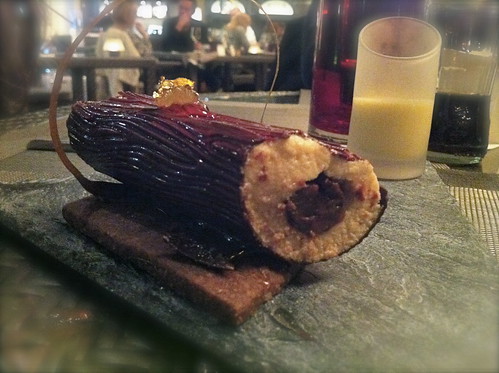 Chestnut Mousse Log
The hotel can also exchange money since we only had Euros, actually majority of the town takes Euros. 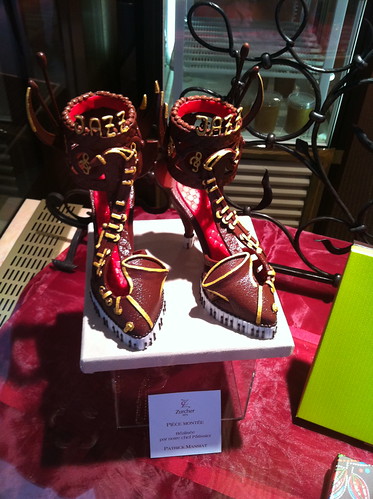 gorgeous photos of a gorgeous town! I love steak with bearnaise sauce, it's even better than butter...

Wow, those are some beautiful pics! I want to visit Switzerland one day...

Loving these photos - very appropriately romatntic/food-porn style with the softened edges. Looking forward to visiting Switzerland one day myself!