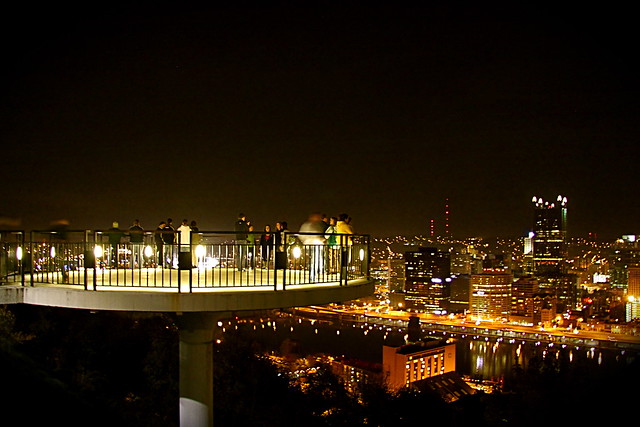 
Frank Lloyd Wright's Falling Water is a place I wanted to visit in my lifetime. I just didn't know it was going to happen in November of 2010. (I even dreamt about my lunch at the Falling Water months ago.) My friend and I visited Philadelphia because LL recently moved there with her husband. I did a little research and found out Pittsburgh was only a short one hour plane ride and the cost of airfare from SFO->PHL->PITT->SFO was the same as SFO->PHL->SFO. 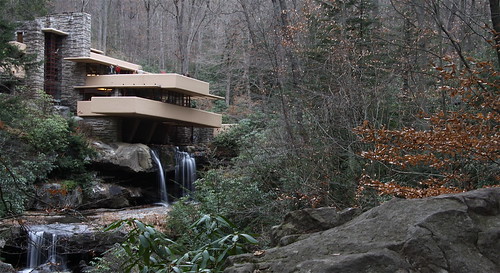 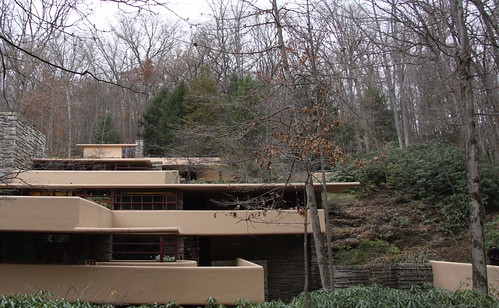 I wasn't expecting it, like the best kind of love, I accidently fell in love after spending 3 days in Pittsburgh. I am not saying I wasn't forecasting a beautiful city but Pittsburgh does not have publicity like California. I had a wonderful time exploring the sights. I can't wait to return when I visit Falling Water again for their 'Twilight Nights' in the near future. 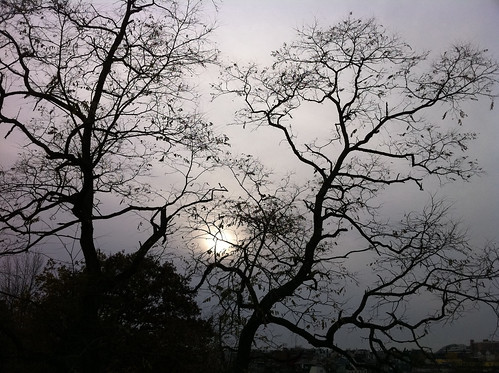 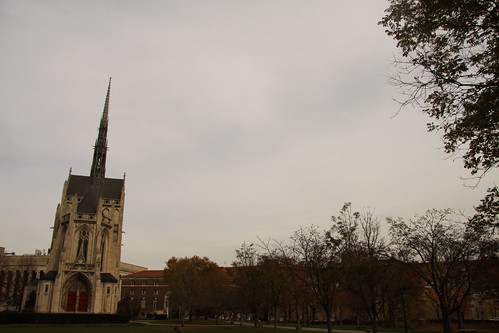 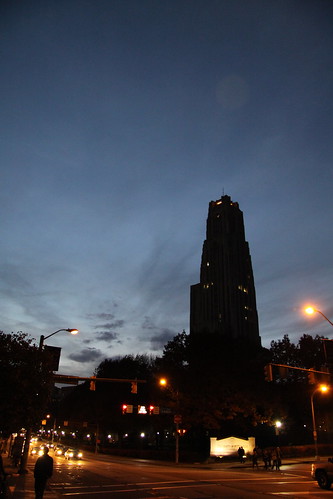 Cathedral of Learning at dusk 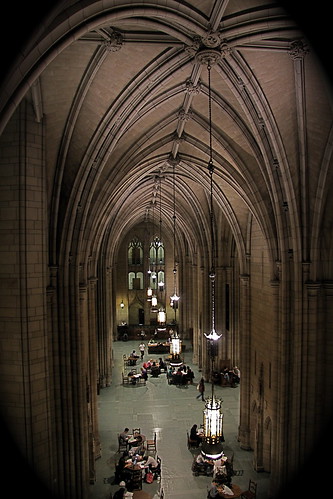 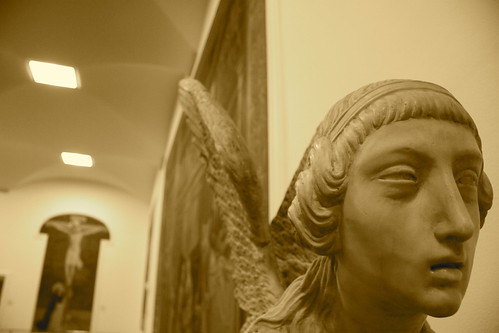 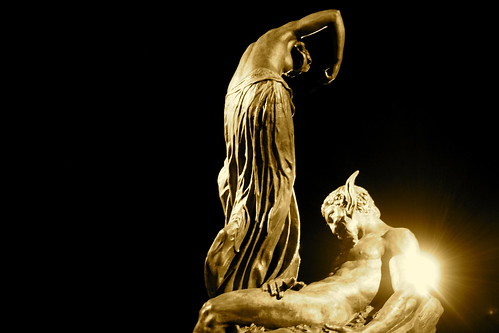 'A Song of Nature' outside of Frick Fine Art Building 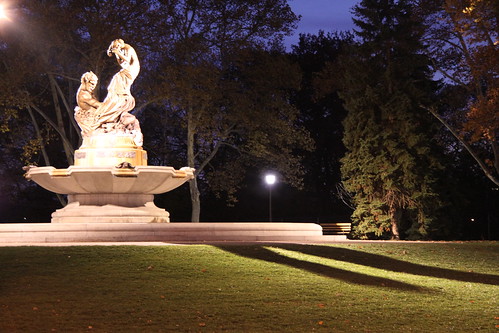 aka Schenley Fountain
The most vivacious vist of the trip was the Andy Warhol Museum. When I attended (in November) the feature exhibit was Marylin Monroe. The entire top floor featured photos (some unpublished) of Norma Jean and Warhol's pop art of the bittersweet actress. The Warhol museum is 7 floors of nothing but Andy Warhol's work or art work related to the late eccentric artist, SEVEN floors! The "Silver Clouds" exhibit was lively, as I got to do Matrix style moves to dodge the balloons. 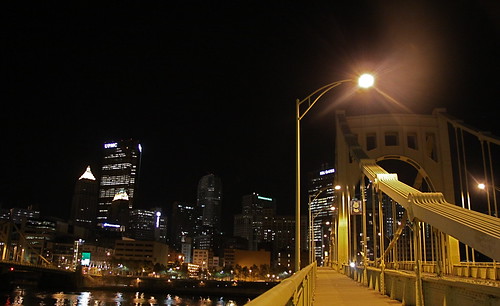 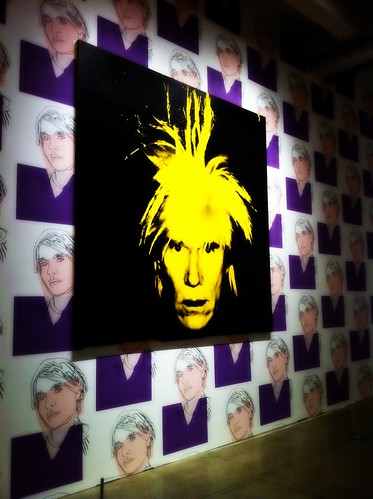 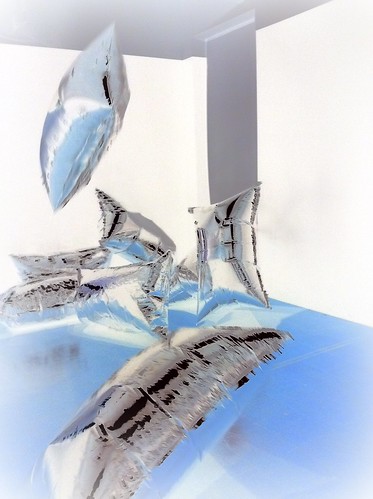 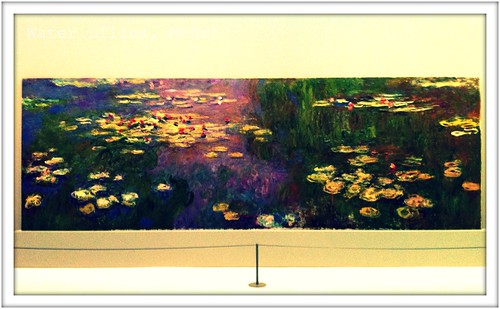 I visited Monongahela incline; to take in the view of the city at night. A roundtrip ticket to ride the cable car to the incline was a dollar and change. The vista point balconey was a plus to get a closer view of the skyline, the PNC Park Stadium emmited light so bright I wouldn't be surprise if E.T. saw it while riding his bicycle. 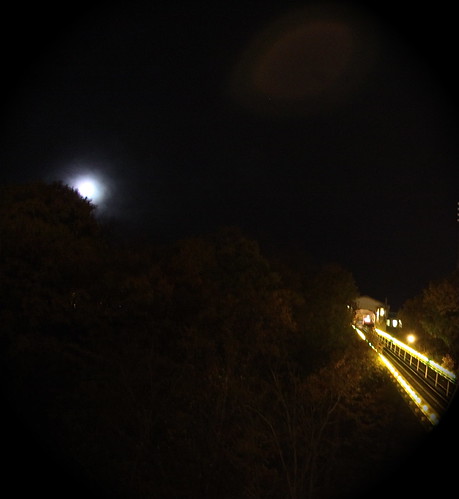 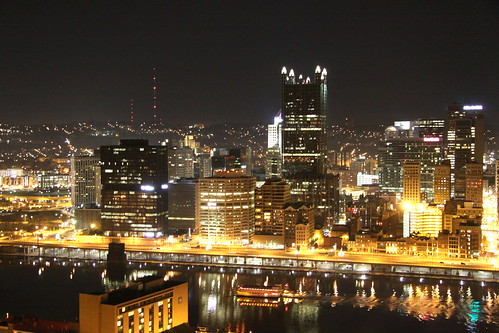 Spectacular! I had no concept of what Pittsburgh was about before this post - but it looks amazing. That first residence with the waterfall belong in some architechural design magazine. And like you I would have loved to study in the Cathedral of Learning - gorgeous!

Bonnibella, I came across a site that you must visit, http://nailburgerlar.tumblr.com/. The waterfall house looks awesome, gorgeous and atmospheric. I'd never guess that Pittsburgh was so beautiful, and with so much culcha too!

Beautiful pictures! I know you're a fan of Frank Lloyd Wright :)

What a lovely story. I've lived in Pittsburgh all of my life, and it's changed so much since I was little. A lot of people still picture what our city was like until the 70's - steel and soot and industry. It's so nice to see people discover just how much we have here.

Andra - I told my airbnb host how much fun I was having in Pittsburgh discovering all the beautiful places and she told me she is a native New Yorker then moved to Pittsburgh after she visited during vacation.

Pittsburgh is a very lovely place.