Saturday at the Strip District, Pittsburgh 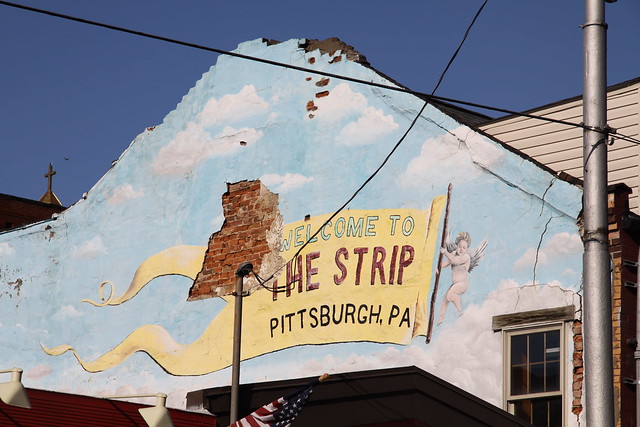 I was staying in Little Italy which is only about 10 mins away from the Strip District. I got up bright and early to experience the Strip District on a Saturday morning. I was prepared for the traffic jam and parking situation but it turned out to be easy. While doing research for the Strip District it felt like a mixture of San Francisco's food truck scene and Los Angeles' Fashion District. 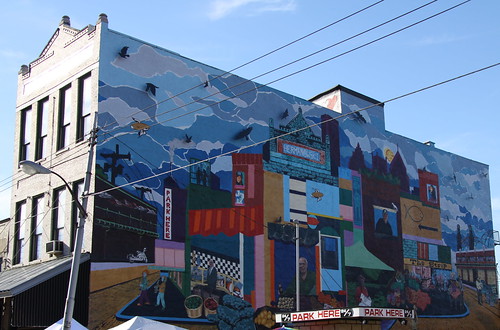 The sun was out for a calm November day, the streets were packed with people like sardines, enticing food smoke vapors from the vendors, colorful buildings, stands and even dogs were covered in black and yellow, the color of the Pittsburgh Steelers. It was my first visit to Pittsburgh and I cannot help but notice the city's pride for the Steelers. I saw it everywhere from bumper stickers, home flags, clothing, college campus, and the millions of retail shop selling football fan gear. 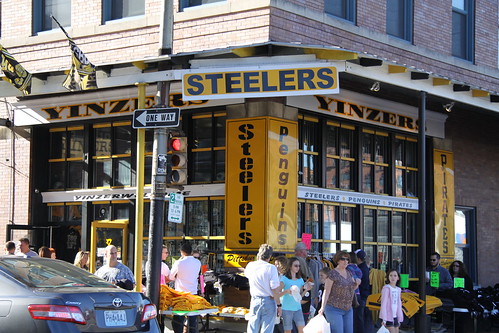 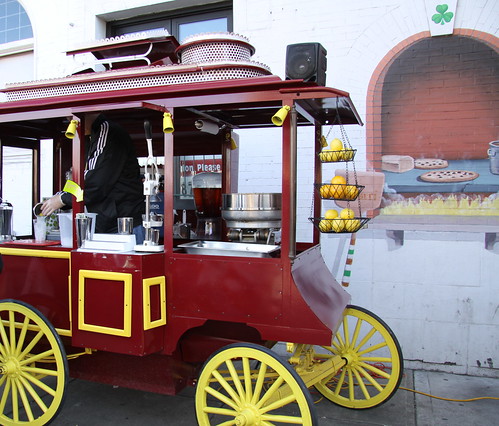 Lemonade Stand! Wish I had this as a kid! 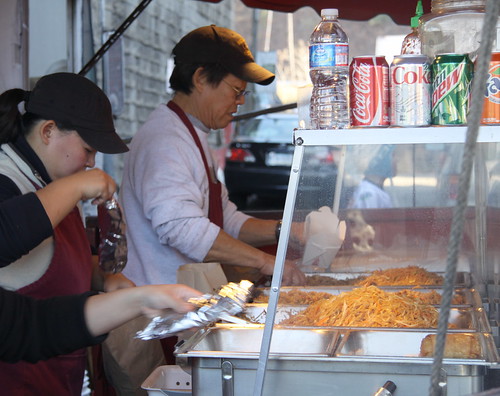 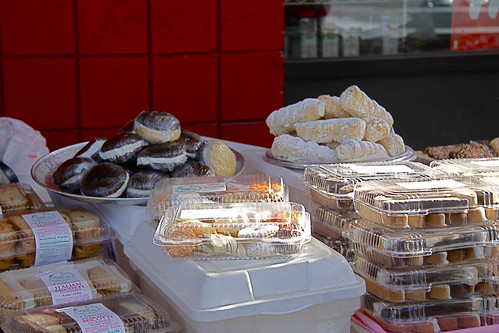 I started by walking down one side of the block and passed all the famous places: Pamela G's, Primanti's and Deluca's had lines around the block. I avoided the lines and snacked at the vendors as I walked down the strip. 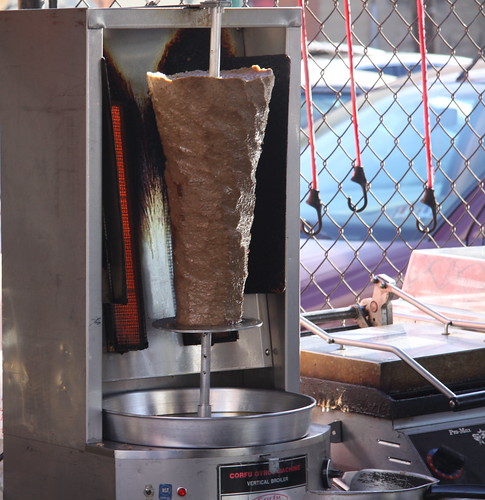 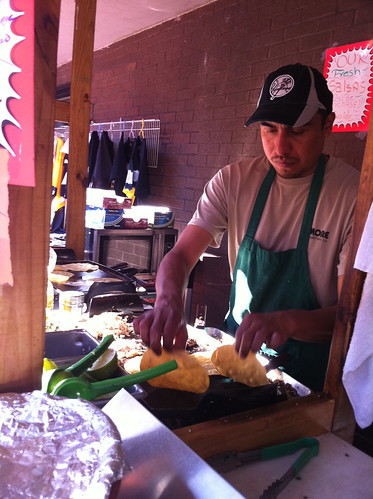 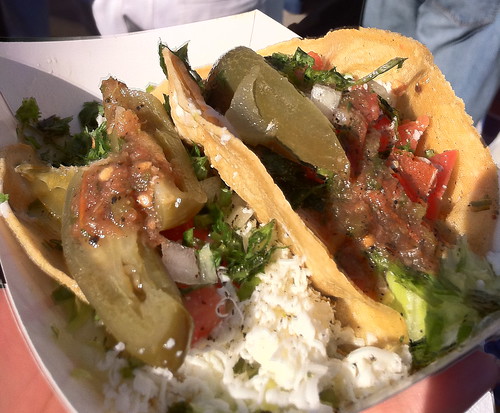 I love how he toast the taco shells first
Lots of different ethnicities represented and enough baked goods to make the Tooth Fairy rich. The baked goods are prevalent all along the strip but my best tip - make a stop at Mon Aimee Chocolat shop where they have Capogiro gelato! The gelato is from Philadelphia and I don't know any other vendors outside of the city that carries Capogiro. Don't miss a chance to have a few scoops of the gelato when visiting the strip. 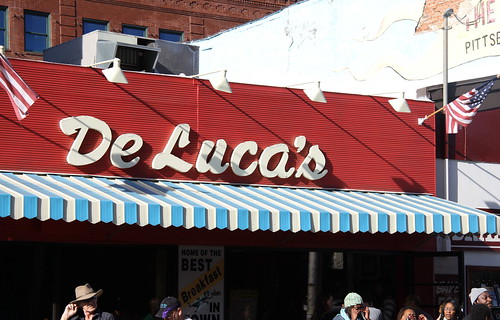 Line was long throughout the day, next time. 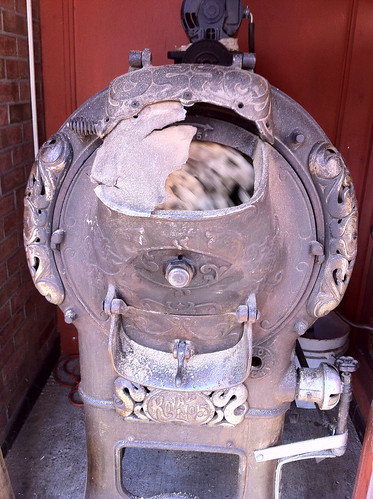 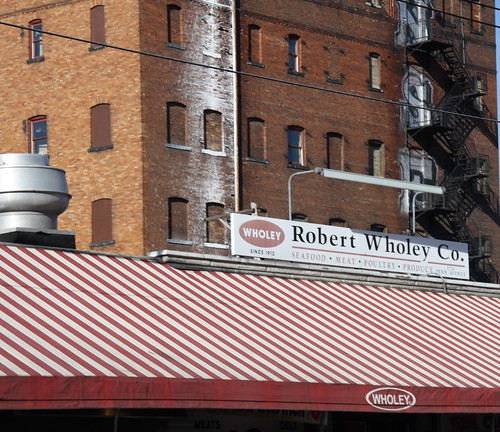 The energy is contagious, everyone - adults, seniors, teenagers and children were all giddy happy and enjoying the sights and eats on the strip. 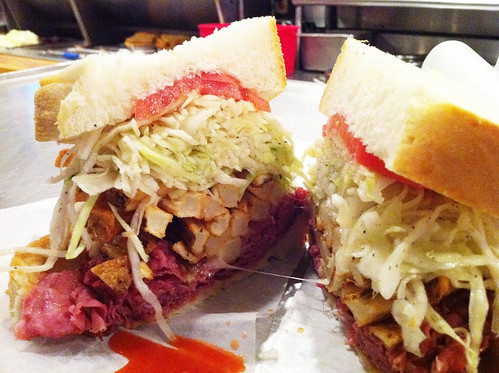 Pastrami Sandwich at Primanti's
I dined at the famous Primanti's, every sandwich is stuffed with fries and coleslaw. The fresh soft bread and thick slices of meat with the vinegary coleslaw made for a delicious yet simple meal. I can see why the sandwich is so poplar with lines around the block during lunch hour. I went during off-peak hours and was promptly served at the bar with a VIP view of the grill and a chance to chummy up with the server.

I can't wait to return to Pittsburgh!

holey moley that pastrami sandwich looks amazing! I love all in one sandwiches. That looks like a most excellent place to explore.

How fun! I imagine I'd get distracted by the whoopie pies and gyros!

What an awesome area - loving the vintage lemonade stand and those tacos look delish!

I really want to try Primanti's