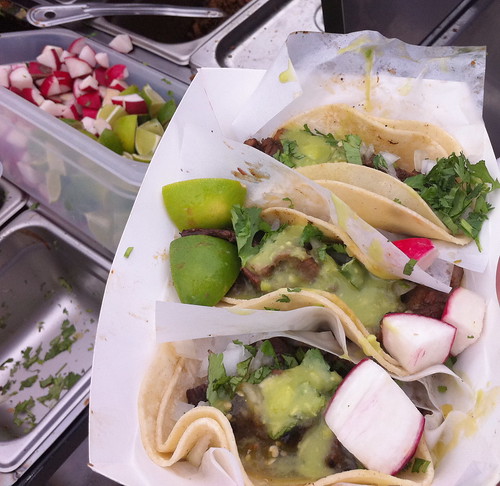 By serendipity, I was in Sacramento when Chando's Tacos was celebrating their one year anniversary. Chando's celebrated in a big way, they offered $1/tacos (usually $1.75), raffle prizes, free soda pop, a bouncy house, and a live Mariachi band. Everyone, including the workers were having a good time.

I had a brief exchange with the worker at the window. She cheerfully greeted me with "Welcome to Chando's!" and I proceeded to tell her it was my first time and I was recommended by many for their street tacos. She told me the tacos are really good and people complain about the price but they use high quality ingredients. I told her San Francisco fusion taco trucks cost twice as much or more. She laughed.

All Smiles
The adobada and fish taco are the stars of Chando's with people often raving about the mulitas which are two taco tortillas melted together with cheese and adobada. This is the first time I ever had adobada and I asked how it was different from al pastor. They told me adobada is pork marinaded with adobo (chili, vinegar, etc) seasoning and stacked together, spit roasted with pineapple for the sweetness and then shaved and grilled. 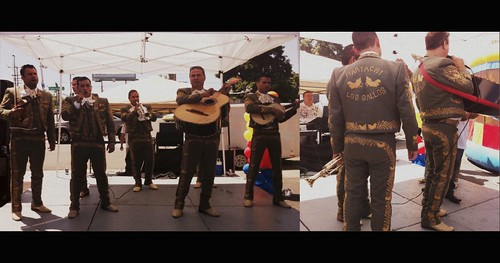 The adobada was phoneomal, thick shaves of pork, juicy, caramelized from the fire and sugar, savory and smokey. I can't believe I never tried adobada, it only reminds me I need to make trips to the Southwest States. 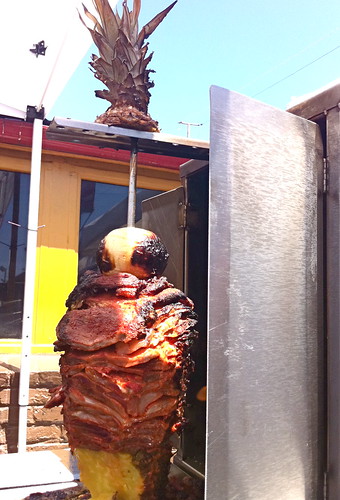 Adobada
The asada and fish tacos were also fantastic, each taco was mounded generously with filling and drenched in cool salsa, cabbage, creme, cilantro, onions and dressed with lime and radishes. The worker was right, the taco was indeed filled with deliciousness and quality. 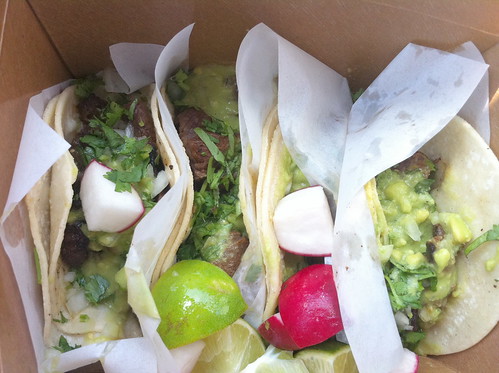 Everyone was having a grand ole time - children bouncing, adults dancing to the band, hungry people chowing down taco after taco and everyone was all smiles (even though the line was long.) 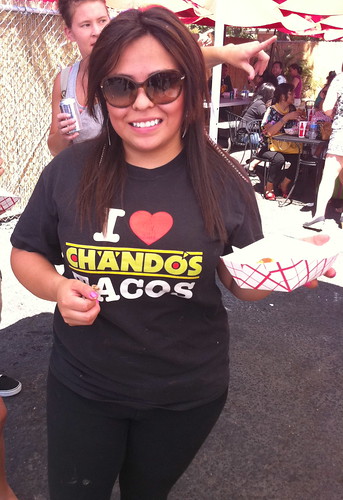 One of the many smiling workers. Wish I won one of the Chando's shirts.
Congratulation to Chando's one year anniversary and many more to come.

P.S. I wonder if the Governator ever ate here?