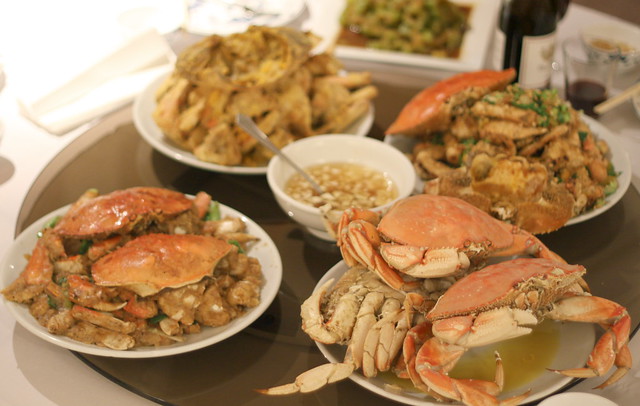 Every year around November we anticipate the fruitful boost of Dungeness Crabs in the Bay Area However, Crab season started late for the Bay Area because of a price dispute between the Crab fisherman's and seafood wholesalers. After Thanksgiving the dispute was finally resolved and Crab season began. 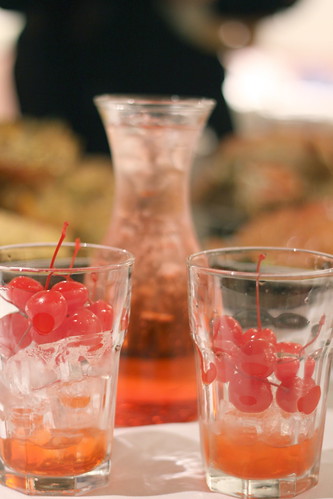 Shirley Temples to start off the night


I got so excited I think I personally ate over 8 crabs in the first week. I had crab cooked and seasoned in my favorite ways. I thought it would be fun and delicious to host a meal which features only crab prepared in four different ways.

In addition, we wanted to celebrate with Dungeness Crab for a holiday since it reflects the Bay Area's Winter Season and prepared in ways that reflects our food culture.

For New Year's Eve we had a Crab Fest. The crabs were prepared in my favorite ways: 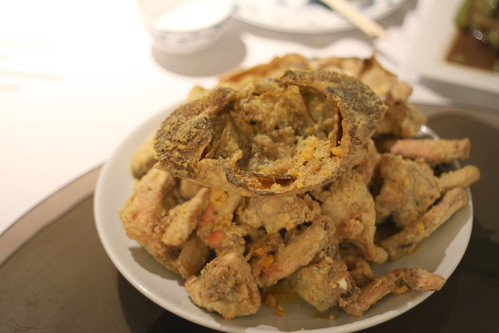 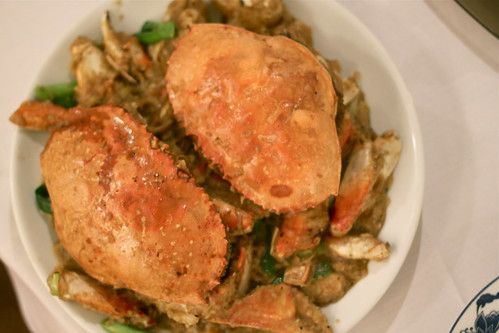 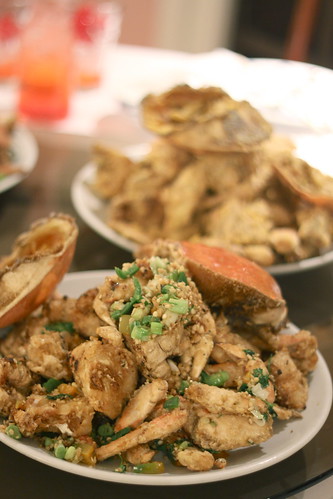 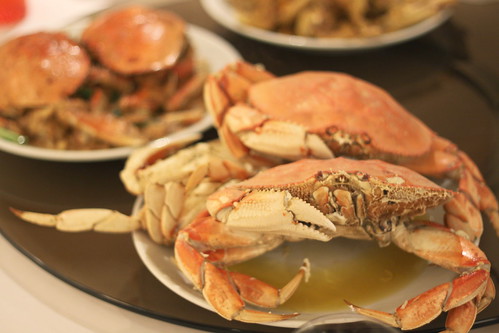 Before the end of 2011 we cracked claws, mixed the crab roe with rice and relished in the fragrance of salty egg yolks. 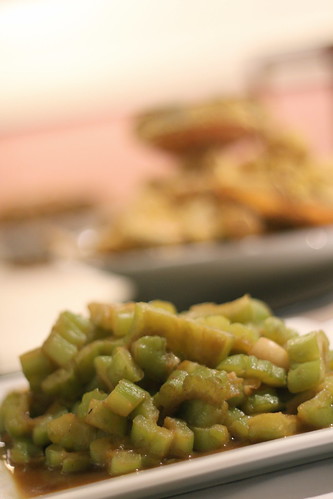 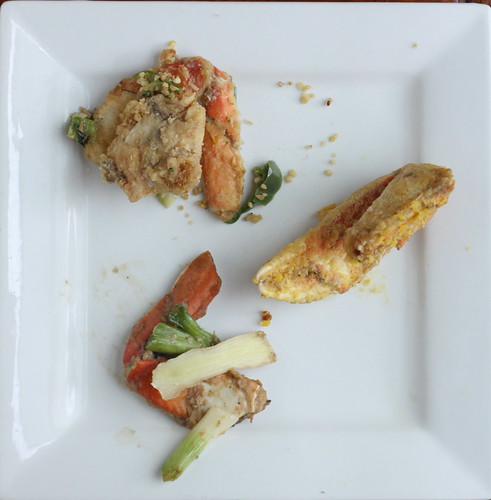 
How did you spend your New Year's Eve? I went to San Francisco's Fisherman's Wharf flanked by the boats and sky of fireworks.

What a delicious meal!!

We ate crabs for Xmas. I think it's better than ham, no?

HAPPY NEW YEAR Bonnie!! All of the style is my fav. I can't seem to choose which one, but the salted egg is def. one of the best flavoured crabs. Finger licking good..Congrats for making 24x24!! Well deserved idea too.. huggggssss

@Beef No Guy - I hosted the party at my house. My dad cooked everything! He's an amazing chef, better than the mention above places! I am very lucky to grow up with his food.

This is exactly the New Year meal I expect the bay area native girl posts on her blog.:-) I have been reading on crab for holidays in local blogs and newspapers so many times but I have never made it our main meal. we should totally try it next year. But as you said with the prices this year it started so late. I had a couple of good rounds this year but not for the festivities. Hope to seeing you soon.

That's a lot of crab! I can tell you were excited by the return of crabs :-). Happy new year, Bonnie!

Embarrassing but true, I was asleep by midnight because we had been traveling all day. The crabs have been scarce here and I'm overdue for a huge feast like this. I just came over to see all I've missed and it was a lot. Next year I know where to get invited for NYE and your b-day, he, he. Happy Belated one btw. I have a little something for you the next time I see you, me and Patty are still trying to work something out. Hope you are having a great week.
-Gina-

OMG...this looked so good! You have to send me the salty egg yolk recipe if you have it.