Happy Chinese (Lunar) New Year, as the festivities are coming to a close. I wanted to share my Chinese New Year eve dinner aka the reunion dinner. There are so many dishes to prepare and each represents a positive and happy blessing for the on-coming year. Over the years, my parents have tone down the dishes as there are always too much leftovers. My dad does make a main attraction dish each year. This year's feature dish is abalone, sea cucumber and black mushrooms in superior broth.

After offering the whole duck with head, whole chicken also with head and uncut roast pork to the altar. We began our meal: 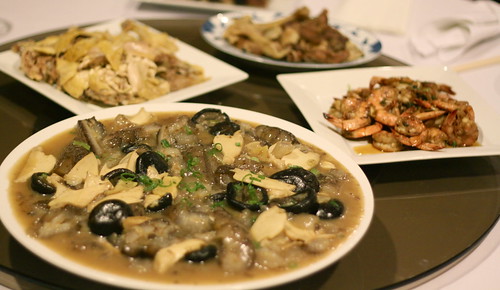 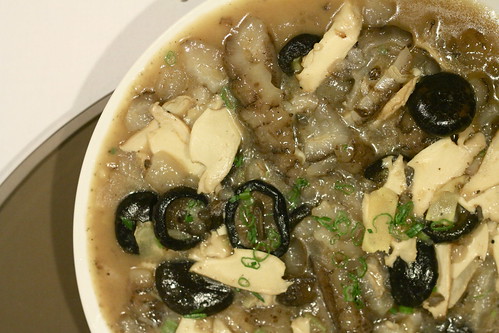 Often we will take the leftovers and remake it into another dish for the coming days. The leftover roast pork will be sauteed with Chinese chives. The duck bones and meat are simmered with rice to make porridge. There is a Chinese lucky saying to have leftover so the rest of the year is full of prosperity.

My dad prepared the sea cucumbers days in advance. The dry sea cucumbers are soaked for a few day to reconstitute, and then simmered for a few hours. The Superior broth which makes up the sauce for the dish consist of chicken, Chinese ham hock, and other ingredients. The dish is luxurious with depths of strong flavors and textures from the slippery sea cucumbers, meaty black mushroom and chewy abalone. 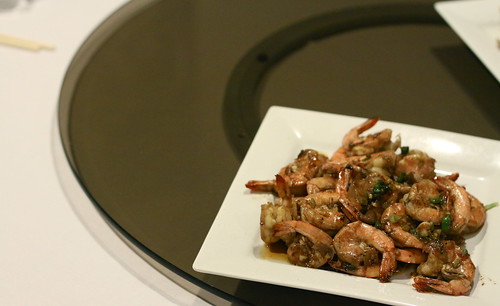 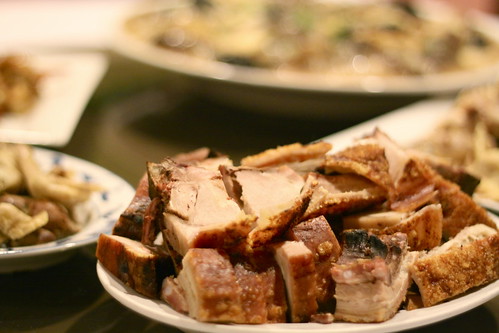 
We had steamed fish in the following days, it is important to have fish because it represents longevity. 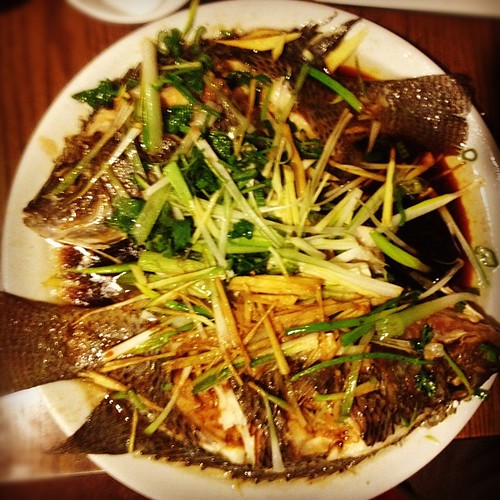 
On Chinese New Year day, my mother always made us eat vegetarian. As a kid I whined and whimpered about not being able to eat what I wanted. As an adult (where I eat vegetarian sometimes by choice) I look forward to this meal. Once a year, my mother would make the gluten vegan dish with gluten in various forms, thin clear vermicelli noodles, napa cabbage, straw mushrooms, carrots, wood ears, and flavored with red bean curd. 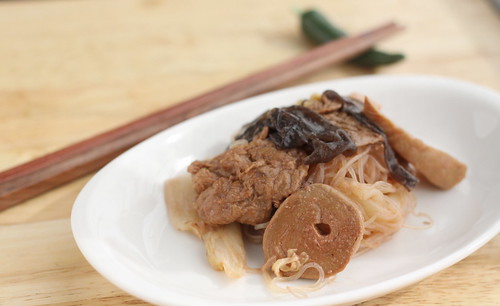 
Happy Year of the Dragon. In Asia there is an expected boom for 'Dragon Babies' because it the luckiest animal in the Chinese Zodiac. One of my cousin is currently pregnant with a 'Dragon baby' and her father and sister are also the year the Dragon. So I guess it runs in the family!

P.S. if your Chinese Zodiac is the Chicken it is a lucky year because Dragon and Phoenix are a perfect pair. 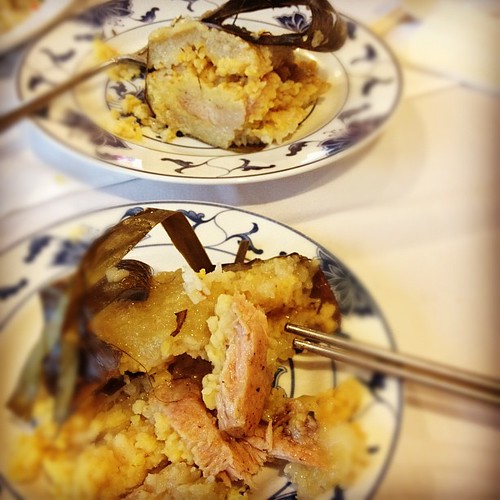 Happy CNY! Thanks for the post. Even though I'm Chinese, I didn't know about the significance of many of those dishes :-)