Cafe Medina for Brunch, Biking along the Seawall then Snacking at JapaDog, Vancouver 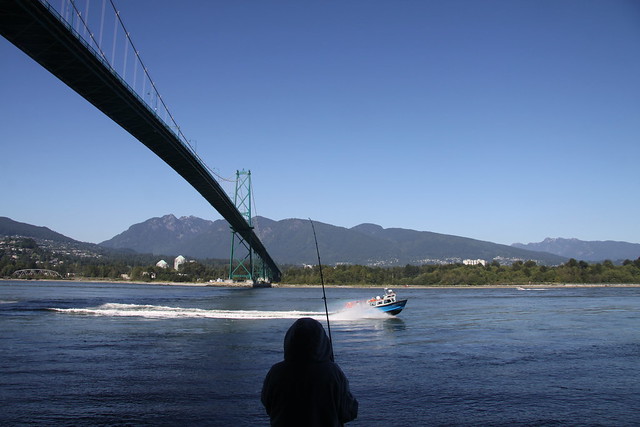 The previous night we went out with my cousin (lets call him Tone Dog) and his girlfriend (lets call her Kimbo) for drinks on Granville Street. A very energetic, neon lights reflecting off windows, and young people of every fashion sense having fun in a bar, concert or club. We discussed what to do in Vancouver while sipping blueberry vodka cocktails and then sake bombs at Guu with Garlic, Kimbo volunteered to be our tour guide.

We wanted to dine at Cafe Medina for brunch because of their highly regarded reputation and Kimbo confirmed it was indeed a fantastic place. We arrived slightly before noon and there was about a 30 min wait. Medina is known for their Belgium waffles and the unique assortments of dipping sauce. There is a take-out counter for people to come and pick up a waffle quickly. Tone Dog was finishing a waffle while we were waiting because he had an appointment. 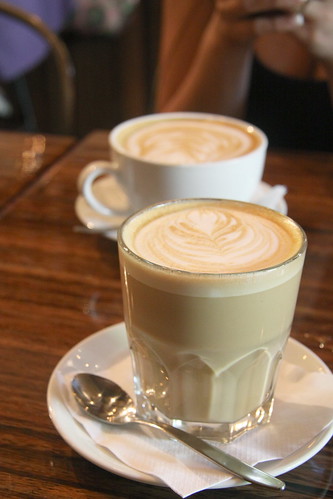 
The cafe was full of natural light with the coffee bar occupying a quarter of the space. The exposed bricks and high ceiling gave it a very clean Loft-like space feel to brunch. I started out with their Lavender latte fully equipped with a leaf latte art, fragrant and satisfying from a previous night of drinking.

The waffles are a la carte, sold individually including the sauces. We picked three: berry compote, white chocolate pistachio rosewater, and chocolate lavender. The dipping sauces made it so much more fun eating a waffle which had a crispy exterior and oh-so-buttery. 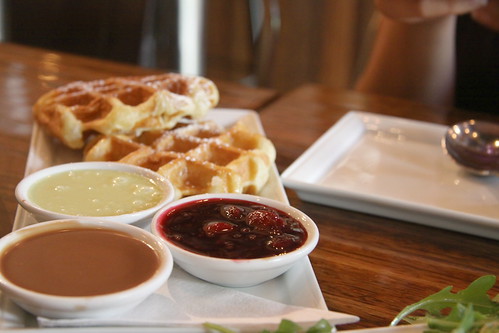 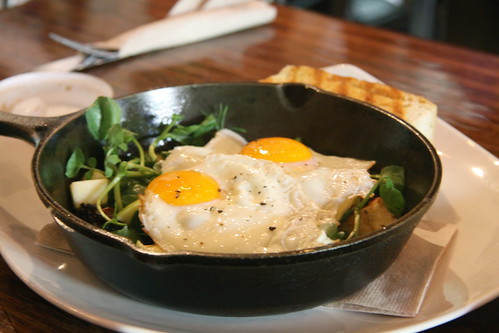 
On the lighter side of things the other dish is Saumon Fumé - smoked salmon, cream cheese, avocado with an artichoke salad. As simple as the dish was, it was very clean and fruitful from the avocado and springy from the salad. 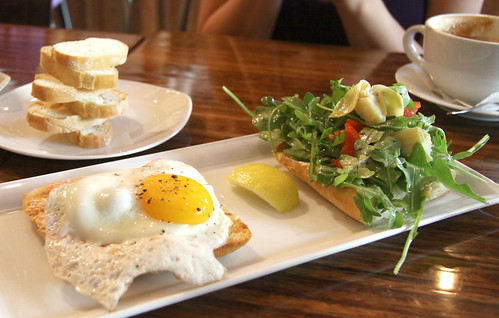 We took a stroll to burn off calories and passed by the Vancouver's Olympic Torch and headed towards Gastown and was schooled about Blood Alley. Kimbo also pointed out the well-known Steam Clock. 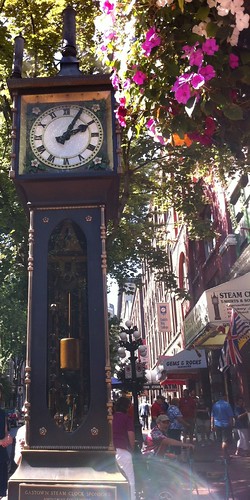 
And then it was time to hit Stanley Park. A quintessential activity is to ride a bike along the seawall. The park is designed for such an activity with a bike rental shop at the beginning of the trail and it loops around the seawall and back to the rental place. The view was just...beautiful. One of the most beautiful waterfront I set my eyes on (and I walked Montreux's waterfront.) There are people everywhere doing various activities but one scene stuck out. There are oddly balanced rocks everywhere. I was wondering if it was made-man or an unexplained natural occurrence like crop circles. 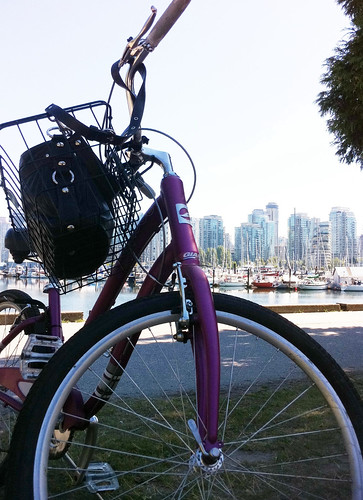 Biking along the Seawall 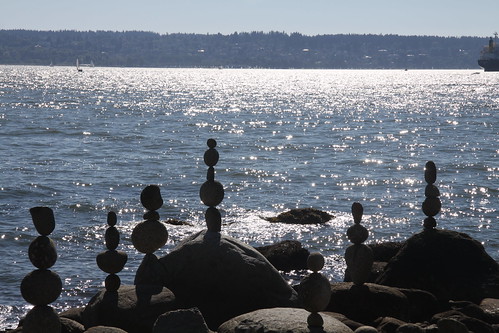 It was only appropriate to snack after biking along the Seawall and we had JapaDog on the list. Kimbo informed us about their storefront location on Robson street. We ordered some of their most popular hot dogs. The menu had unique and fun combinations like soba noodles, edamame, bonita flakes, and miso sauce. The dog and toppings were good with Asian flavors but the bun off set the whole experience. The bun was too soft and too much, the ratio from the bread and meat was overpowered by the bun. 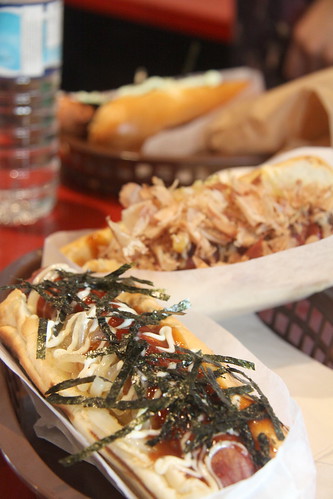 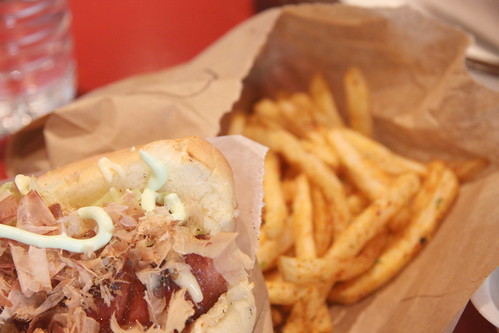 I was more attracted to their selection of fries and choose dried seaweed. The fries are fried to perfection with the double fry method so the sticks were extremely crunchy but soft on the inside. The sprinkled dried seaweed more it so much more special.

Hi Bonnie, It seems you are having great culinary experiences in Vancouver. I go there very often to see my parents but I haven't explored different areas as much as you. Great post.
I arrived safe and sound and have a crazy start. Just wanted to thank you for organizing the great lunch on my last days in SF. Also thanks for the beautiful flowers. It was great seeing you guys. Looking forward to seeing you soon and having our eating feasts again. xoxo.