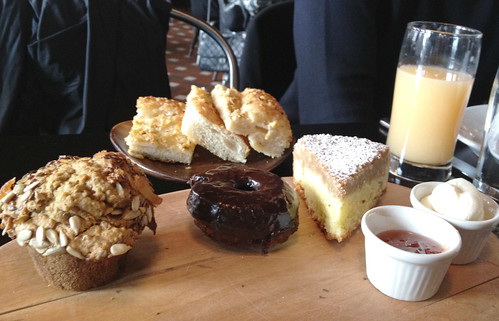 Pastries of the day


We arrived Saturday early afternoon in Tribeca where there was a street fair. We manuvered our way pass children in makeup walking on stilts, a big red firetruck with firemen in their suits, and kids running around with their face painted. What a great way to start off the day.

After feeling like we got caught in a New York moment movie (such as You've Got Mail) we stepped our way into Locanda Verde.

The restaurant outfitted in many big windows the natural light was flowing like a waterfall. We quickly ordered the breakfast pastry plate. I was told not to miss Chef Karen DeMasco's baking, the plate had a muffin, donut, and a crumb cake. 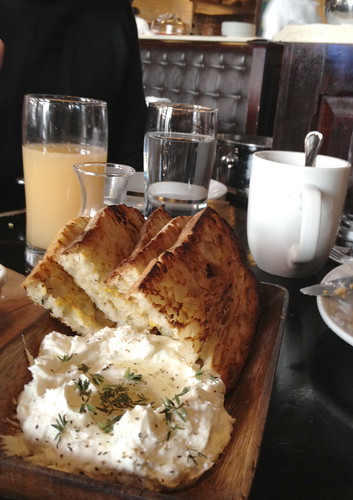 
Another not to miss item was the Sheep's Milk Ricotta served with truffle honey and brunt orange toast.  The ricotta was light, sweet, fluffy, and then the contrast with the very crunchy toast, and lastly with the flavor explosion of the orange scent and slightly smokiness from the truffle honey.  Yes, it was a not to be missed dish. 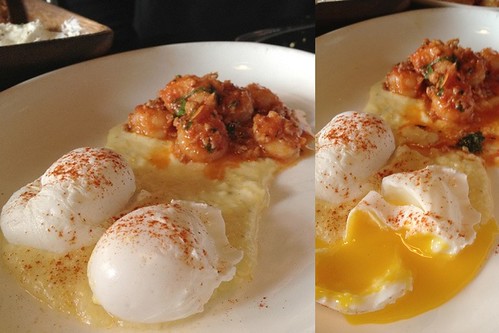 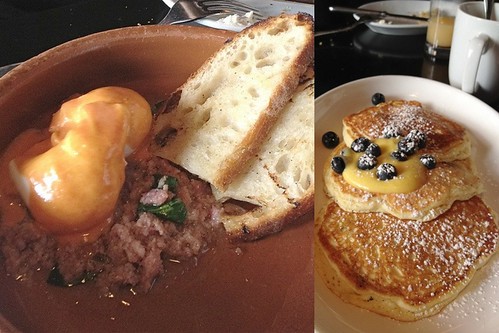 
The eggs were perfectly poached with the slow sexy yolk oozing onto my plate. If I lived in the neighborhood I can see myself coming in the mornings drinking a cup of coffee with their pastry of the day and getting my fix of Reddit before heading out to work. 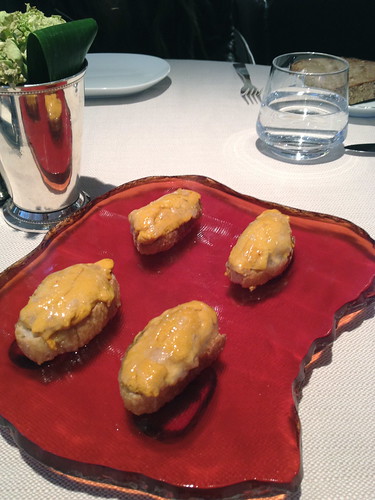 Uni Lardo
Three years ago, I was showing a New York blogger around San Francisco and she said her current favorite place is Marea. She was also seated next to Meryl Streep when she had the bone marrow and octopus fusilli dish. Then a few months later Marea was all over the map - on blogs, media blogs, magazines, TV shows and more. The hype for me was building... 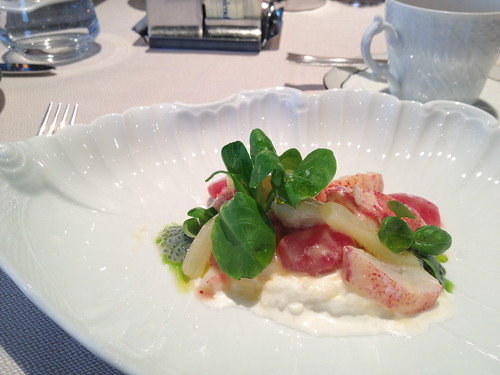 
So about three years later I finally get to dine at Marea. I ordered everything on the most talked list - uni lardo, lobster burrata, and bone marrow and octopus fusilli. Because of the constant praise I did not expect less and I was right. Everything was fantastic. The succession of dishes worked well too, the uni lardo was rich but a small bite so it revved up our appetite. Next was the burrata lobster which was light and clean. Last was the pasta dish and it was sweet from the red wine and octopus. The octopus give it a crunchy bite and finished with chunks of bone marrow throughout the plate. 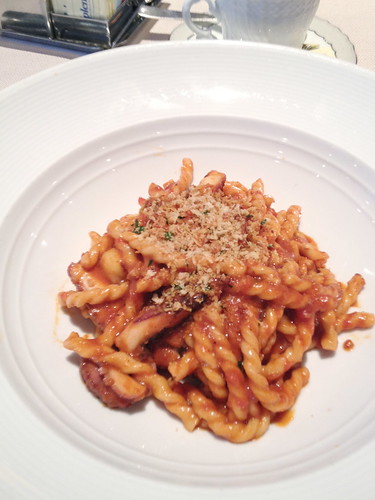 The restaurant was formal in earth light tones. The wide tables were covered in linen, comfortable chairs and fresh flower arrangements. The big windows was a great backdrop to see people coming and going to Central Park. It was nice to finish brunch and walk Central Park with scences of people in various stages of lives: joggers, mom and kids, tourist with maps, locals, teenagers texting, and cars swerving around jailwalkers. 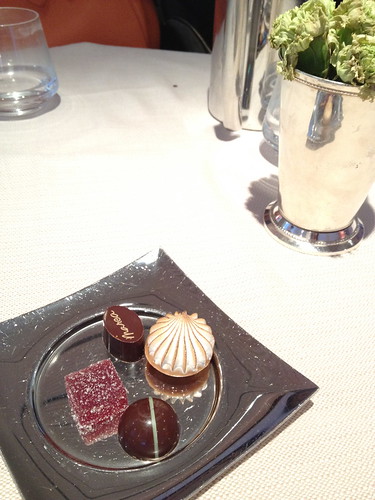 ooh do those two meals sound awesome! the dishes of Marea don't look so much like breakfast, but I'm drooling over each one.